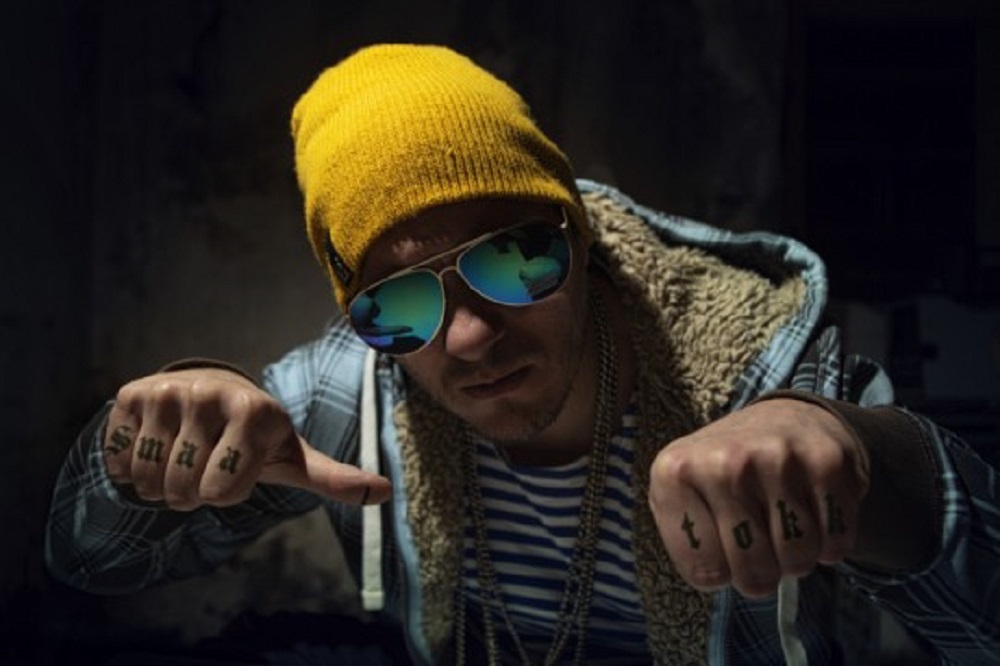 Smaal Tokk hails from Wajdušna, one of the few Slovene towns that (colloquially) starts with the letter W. A portent of the quirky singularity of this enigmatic musician, flashing ironically the image of a gangsta rapper, spitting with a delivery reminiscent of spoken word laid over beats somewhat alien to hip-hop. A pleasant change, nonchalant licks devoid of pretentious gangsta rap posturing or the brutal expressiveness and critical furor of rap. Smaal Tokk excels in the domain of the homely – wife Radmila, the torrent of bills, the everlasting conflict between home team and those other guys, the art of producing offspring … He eludes definition, standing neither for parody nor self-seriousness, uncannily endearing; walking the razor-thin line between pop entertainment and subtle social criticism. Perhaps that’s the space where his message best resonates? Or perhaps there’s no »message«, only the straightforward account of a man whose chief advisor is his wife, whose anger most easily flares at those who are grumpy just because.

The concert is free.