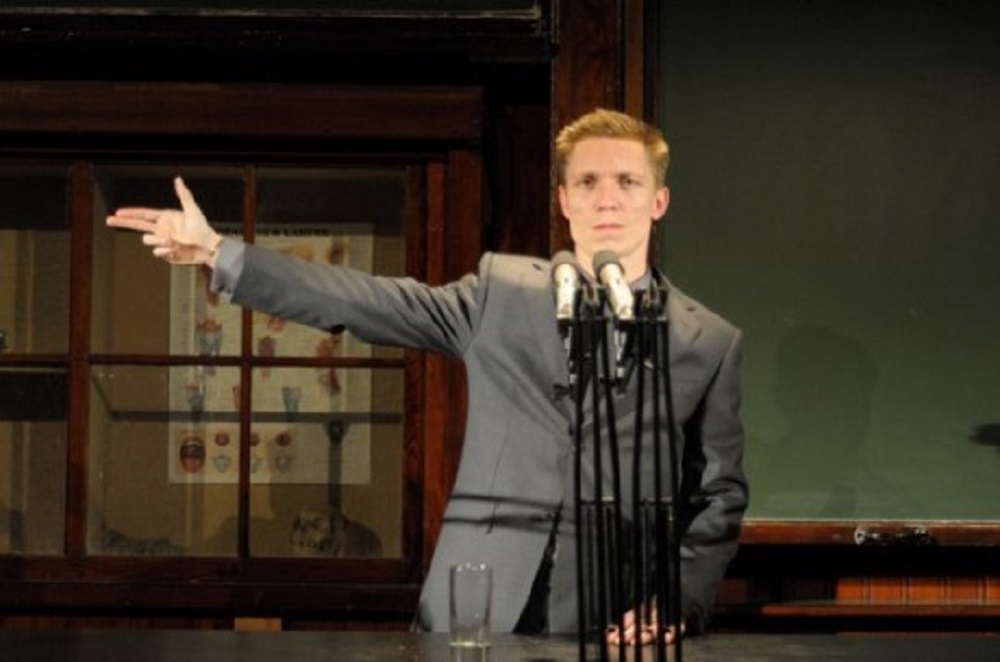 The Netherlands-based Valentijn Dhaenens has a Master’s degree in Dramatic Art. He co-founded the acting group SKaGeN with Korneel Hamers, Mathijs Scheepers and Clara van den Broek and has been involved in more than 30 theatre productions and in the making of numerous films during the last decade and a half.

BigMouth began to emerge when Dhaenens decided to read at least one public speech every day over a year. And he managed to read more than a thousand speeches in the end. BigMouth is therefore a collage of speeches given by historical figures, but composed in such a way that their respective excerpts correspond with each other. From philosophers to dictators, from freedom fighters to manipulators: Goebbels, Patton, Pericles, Reagan, Luther King, Socrates … Similar words for different goals. Historical events engaging in a dialogue with each other. BigMouth shows us the inexhaustible power of words, a boundless potency of text that has the power to change history. And Dhaenens’s infinite acting strength. If the speeches weren’t accompanied with their authors’ names, we would have easily mistaken them for the speeches given by leaders of our time. History through speeches, the present through history.

The performance is in Dutch, French, German and English with Slovene and English surtitles.