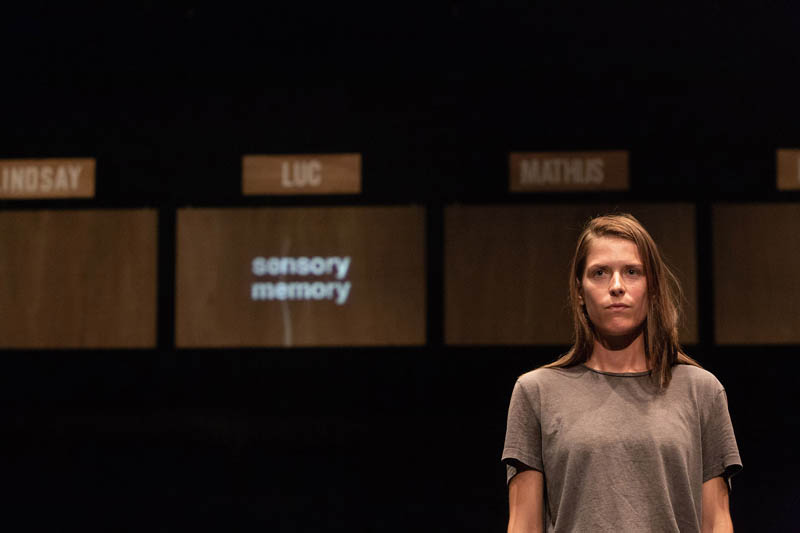 Silke Huysmans and Hannes Dereere are theatre artists who were in the middle of their research for a new project when a mining dam broke in the state of Minas Gerais, Brazil, causing toxic mudflows to flood and destroy numerous villages and flow into the Doce River. Huysmans was born in the region, and so the personal connection and the cataclysmic nature of the disaster ignited their decision to travel to Minas Gerais.

In Mining Stories, they gave a voice to others; Silke Huysmans is on stage as MC, working with documentary audio material, which consists not only of the testimonies of the Minas Gerais inhabitants, but also of various researchers and theorists. Mining Stories is a documentary performance where the authors, faced with the immensity of the tragedy, remain silent – just like the rest of us. And yet, they take a key step forward – if we can all only be quiet, they are at least giving a voice to those who have something to say and have been affected. In the era of one‑minute videos, are we still able to listen carefully at all? From the voices of individuals to the cacophony of a disaster.

Performance with English surtitles, abstract in Slovene will be provided.