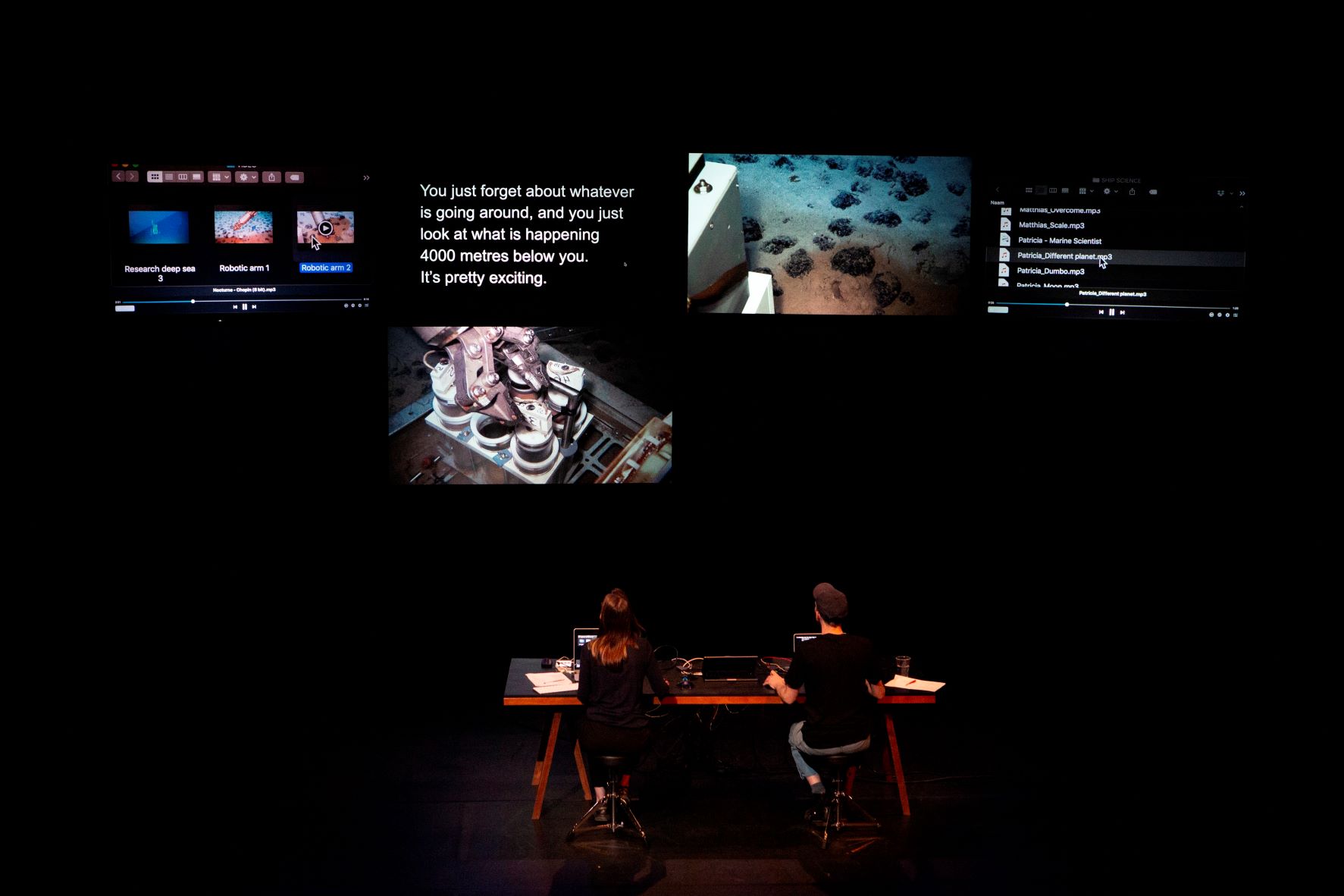 SILKE HUYSMANS & HANNES DEREERE / CAMPO: OUT OF THE BLUE

Silke Huysmans and Hannes Dereere are a Belgian artistic tandem united by their commitment to field research of environmental and social issues in the context of art. After their successful performances of Mining Stories and Pleasant Island, which were both presented at the Mladi Levi Festival, they are returning to the festival with the final part of the trilogy on mining. In the documentary performance Out of the Blue, which was created in Bunker’s co-production, the authors are focusing on a completely new industry – deep sea mining – through the dramaturgy of documentary material, a method they use throughout the trilogy.

Raw materials around the world are becoming increasingly difficult to find; some are already running out, prompting large mining companies to turn to the depths of the sea. It is said that only about ten percent of the seabed has been explored – the potential of its discovery seems endless, and the desire for raw materials unstoppable. Four kilometres below sea level, a mining robot of the Belgian company Deme-Gsr scrapes the seabed in search of rare metals. On another ship, an international team of marine biologists closely monitors the operation. On board the third ship, the Rainbow Warrior, Greenpeace activists protest wildly. What are the implications of this possible future industry?