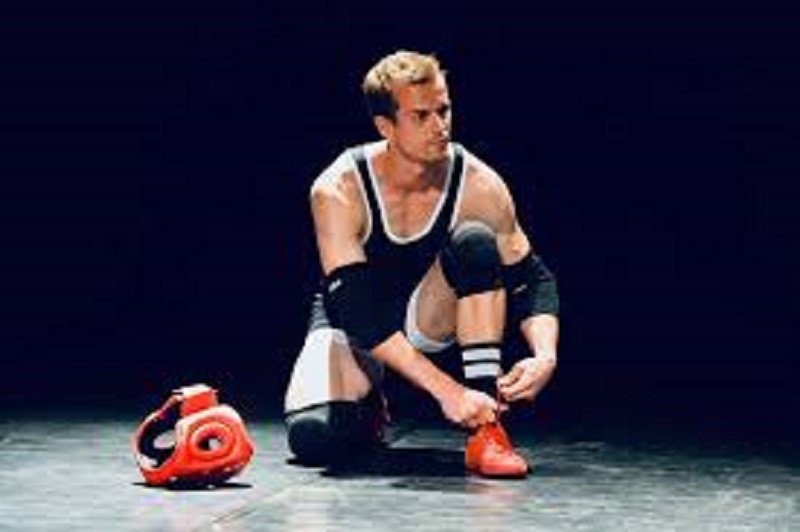 Absurd Hero is a contemporary solo featuring the circus and performance artist Roman Škadra. The piece is an elegant fusion of the Theater of the Absurd and circus, chock-full of laughs à la Buster Keaton. With a sparse stage set dotted with a few red objects, the work reveals a dead-pan deliriousdrama between artist and large heavy globe. Referring to Camus’ philosophy – Absurd Hero presents circus as a potentially joyful, yet endlessly futile endeavour.