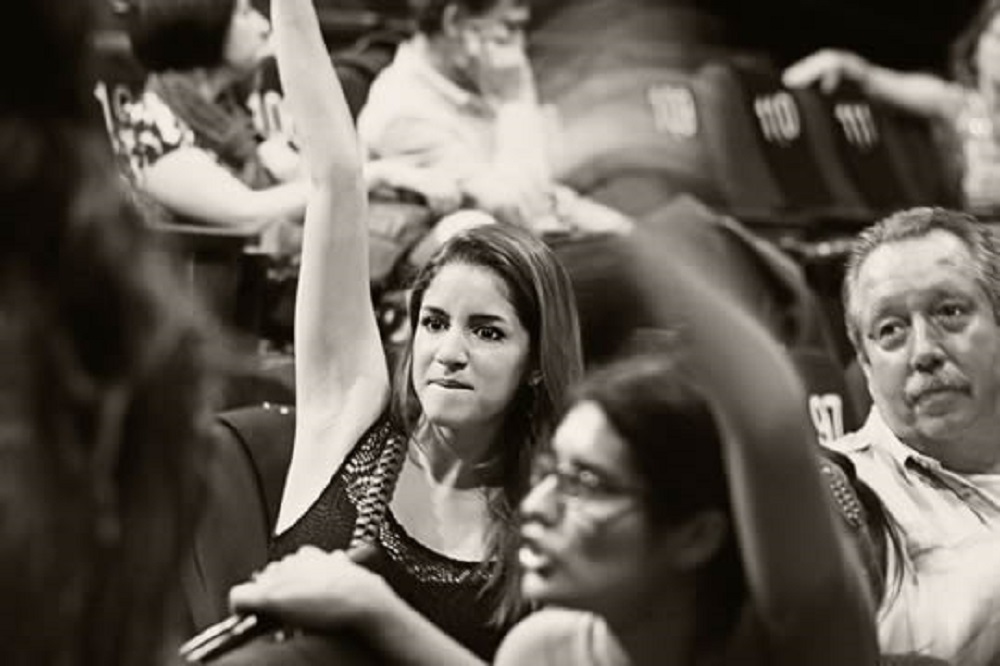 How about making some decisions tonight?
Theatre becomes an audience-run parliament in Roger Bernat’s event. As he explained in one of his interviews, theatre in his mind is a space where people come to reflect upon what it means to live in a certain society. And this is what Bernat’s event is literally all about. The main characters are the audience members themselves, who act as the driving force of action, since they are expected to use a voting device, to make choices and to participate in a debate. Are you ready to play that game? Are you a Beatles or a Stones fan? What do the wheels of democracy look like? Do we have any idea about what propels politics these days? A dialogue perhaps? Arguments? Parties? Colours? The fight for rights? Money? One needs to look from up close and from within. Therefore: enough with the pseudo-debates in real parliaments, tonight we’ll see a real debate in a pseudo-parliament. An exercise in direct democracy, the one we’ve become estranged from and forgotten exists in the first place.

120 minutes
The performance is in Slovene.