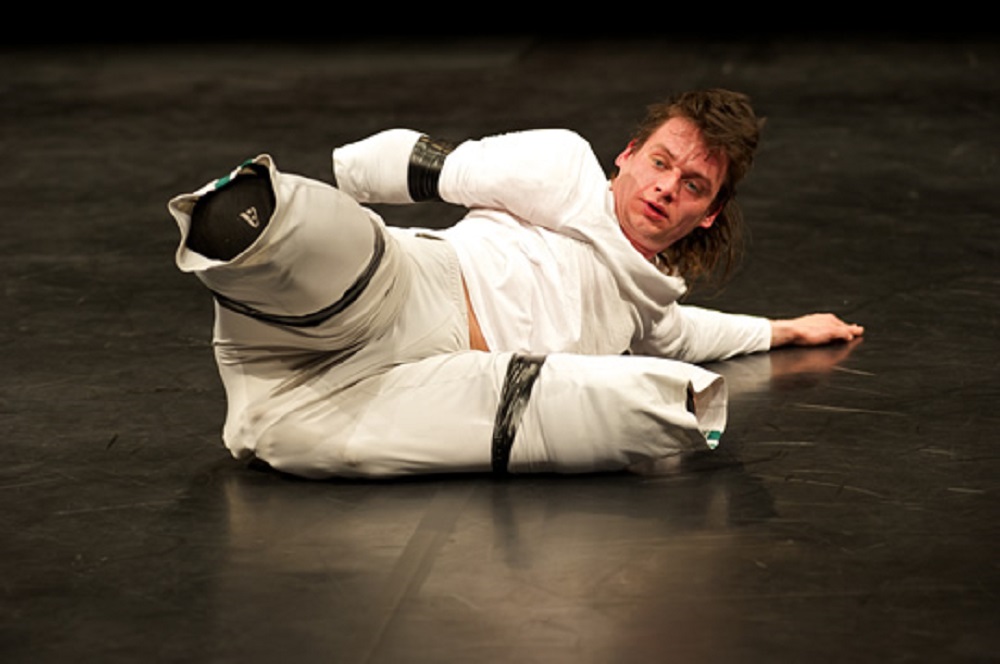 Primož Bezjak is one of the newest members of the Via Negativa collective and otherwise familiar to audiences as a renowned actor, dancer, and performer in Slovenia. He collaborates with the group Betontanc, Mladinsko Theatre, and various independent artists and has performed on practically all Slovene and also several international stages. Most recently he played the lead in a successful Slovene film Petelinji zajtrk, directed by Marko Naberšnik.

Cooperation between the director Bojan Jablanovec and Primož Bezjak gave birth to a soulshaking solo performance entitled Invalid. The dancer severely tests the boundaries of his own body through repetitive choreographed series in the performance. The perfectly performed choreography becomes increasingly curtailed and his body increasingly limited. The source of this limitation is to be found nowhere else but in real life. Primož narrates his personal story through the performance, telling the tale of numerous injuries, therapies, and the unstoppable desire to succeed and persevere. “Without broken knees and elbows, without injuries, this system allows for neither success nor survival…”