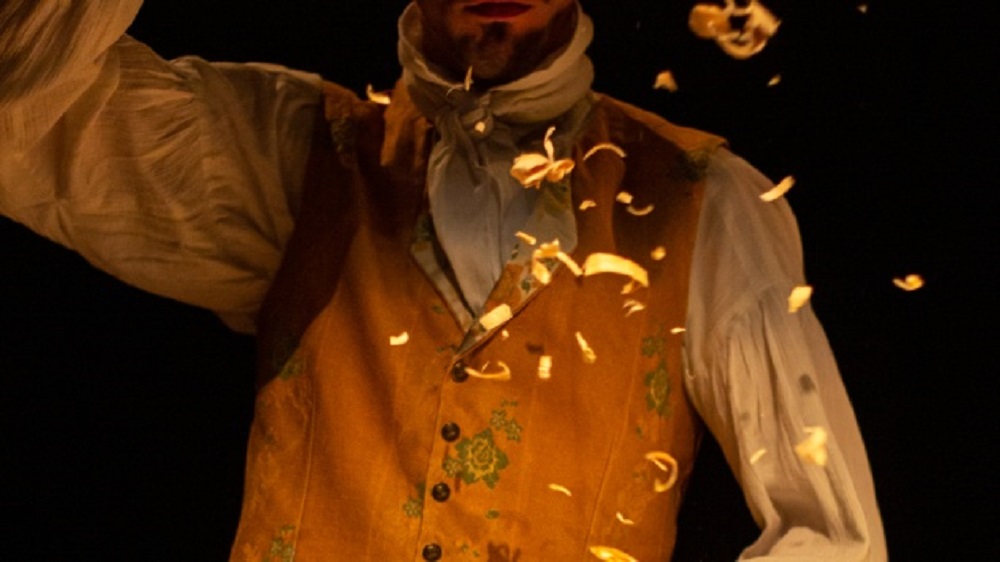 Pinocchio is an inventive object theatre performance, composed on the central axis of the story of the transformation of a piece of wood into a living boy as a fundamental metaphor of puppet art. The refined staging design abandons the simple literary narration in favour of the playful-exploratory view, which brings to the fore the movement and sound nature of the action, as well as the performer’s or animator’s creative skill. The basic story’s snippets become motif-situational stations on the journey, offering an abundance of sparkling stimuli for the freedom of imagination.

Lutkovno gledališče Maribor was established on 8 December 1973 when two amateur theatres joined forces, but puppetry as an art form has been present in Maribor from the days between the two world wars. In autumn of 2010, the MPT moved into the newly renovated building of the Minorite monastery on Lent. The new wonderful spaces and state-of-the-art theatre equipment allowed the theatre a complete overhaul of its operations and the expansion of its programme. Each theatre seasons brings six premieres, with the programme being supplemented by hits from previous seasons and puppet shows. Every year, the MPT organises the Summer Puppet Pier, an international puppet festival that remains a regular feature of summer events in the city, while every other year, in collaboration with the Puppetry Artists Institution of Slovenia, the institution organises the Biennial of Puppetry Artists of Slovenia.