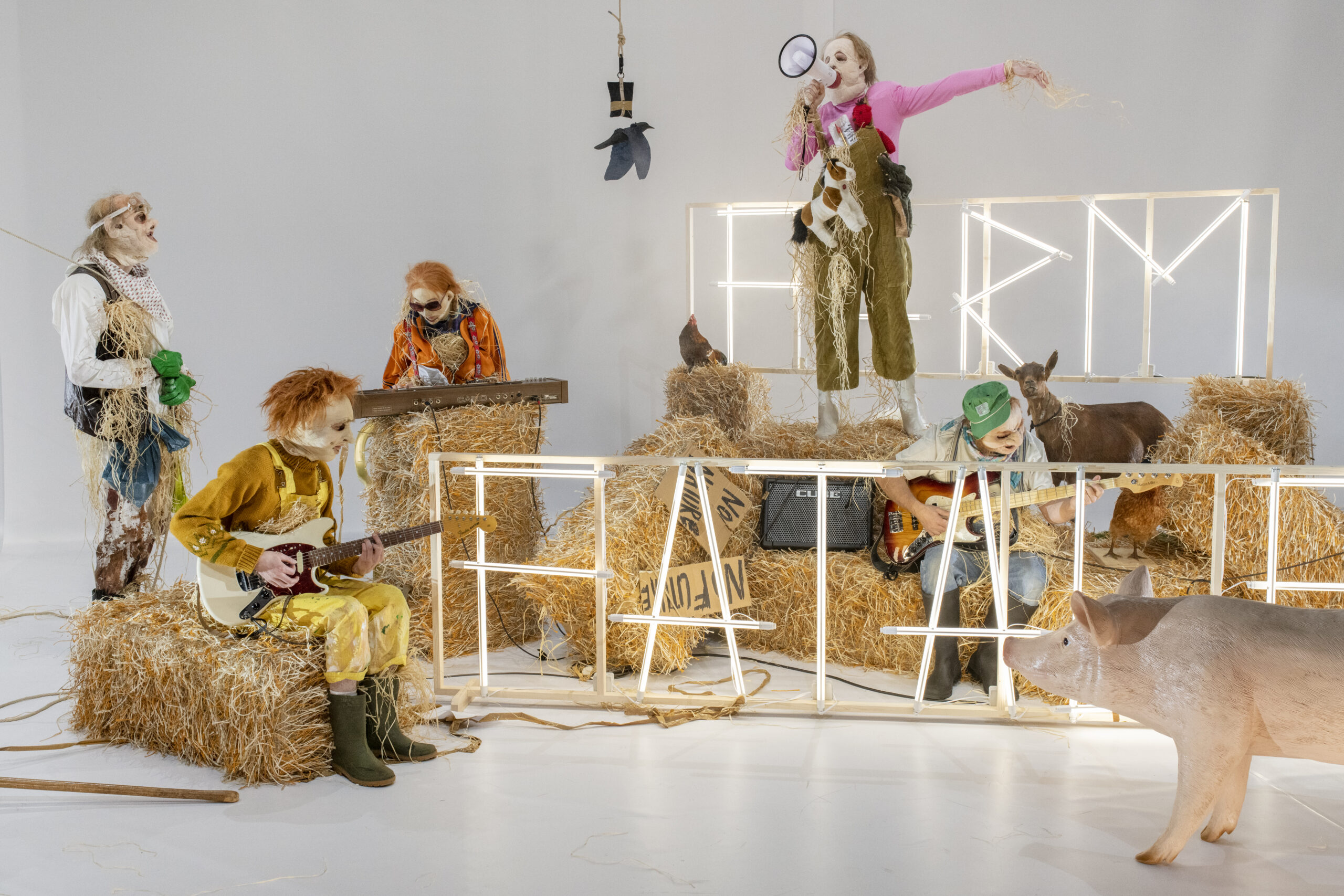 Philippe Quesne is a French artist who is a regular artist at the Mladi Levi festival. His original creative millieu is theatrical and opera set design, and he also uses space in his directing as a magnificent ecosystem populated by actors. He likes to study the relationship between man and nature, as well as small communities, in which he searches for the beautiful details of everyday life and weaves them into his own expression. This year, he will present Farm Fatale, which portrays the life of scarecrows in a post human world devastated by an ecological catastrophe. The scarecrows lost their jobs after the collapse of humanity and ecosystems, and are trying to inhabit the screaming void of space. But they can’t really do it. Birdsong is only a radio recording of the singing of extinct birds, the gurgling of water nothing but a recording of dried up streams. The scarecrows, like us humans today, know that their way of life is not sustainable, but they are not capable of living differently from what they know. Quesne unveils before us, at a steady pace, the bare absurdity of living on the border between the past we have devastated and the responsibility to create something new, better, more sustainable.

Performance is in English with Slovenian surtitles.