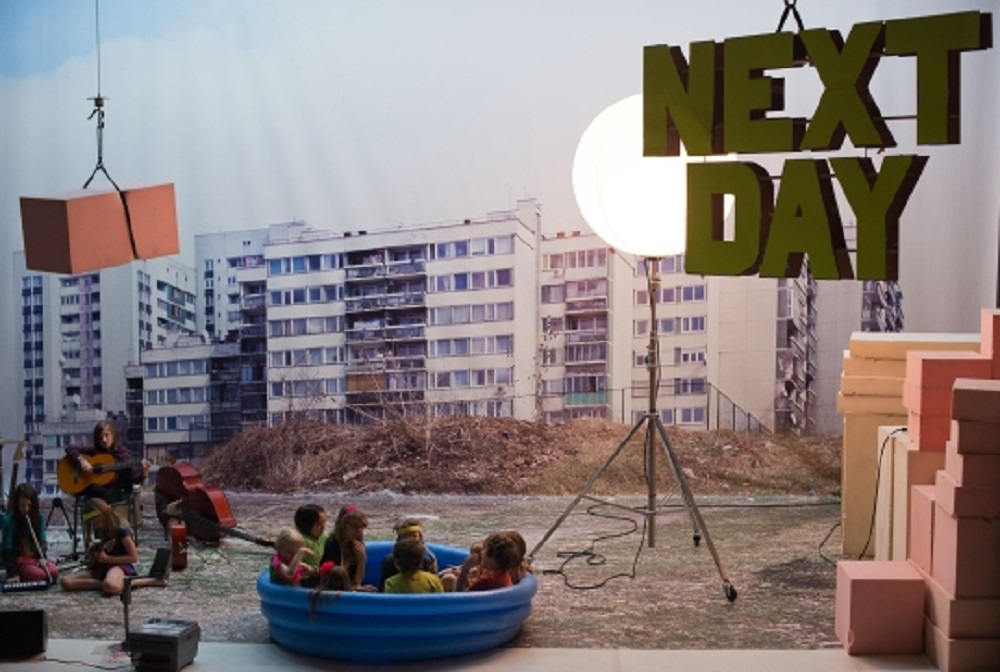 Next Day is the visual and performative answer to a series of CAMPO productions, which place children on the stage, but are aimed at an adult audience. The third performance from this cycle (Josse De Pauw and Tim Etchells were the authors of the first two, üBUNG and When Night Follows Day), entitled Before Your Very Eyes and performed by the Gob Squad collective, toured the Mladi levi festival in 2011. Gob Squad have placed children in a closed setting, where they were to come of age before the very eyes of the audience.

Philippe Quesne is the founder of Vivarium Studio in Paris, devoted to bringing together artists from a variety of fields. He is the author of numerous performances, and also the editor and author of various interventions and installations in space … Since the beginning of this year, he has been the director of Théâtre Nanterre-Amandiers. His professional background and experience in set design also resonate in the performance Next Day, where his interest in theatre setup comes to the forefront as he transforms the relation between space, set design and bodies into a dramaturgical engine.

Quesne has already made an appearance at the Mladi levi festival with his performance L’Effet de Serge, where objects and set design provided a bounce-off arena for études of being or sketches of life to come into perspective and thus produced the atmosphere of estrangement in relation to everyday life. The set design in Next Day once again assumes the form of a »vivarium«, where the narrative thread – at least for the children – unravels through their training to become superheroes. A directorial strategy that allows the children to play instead of act on stage.

The performance is in Dutch with Slovene and English surtitles.