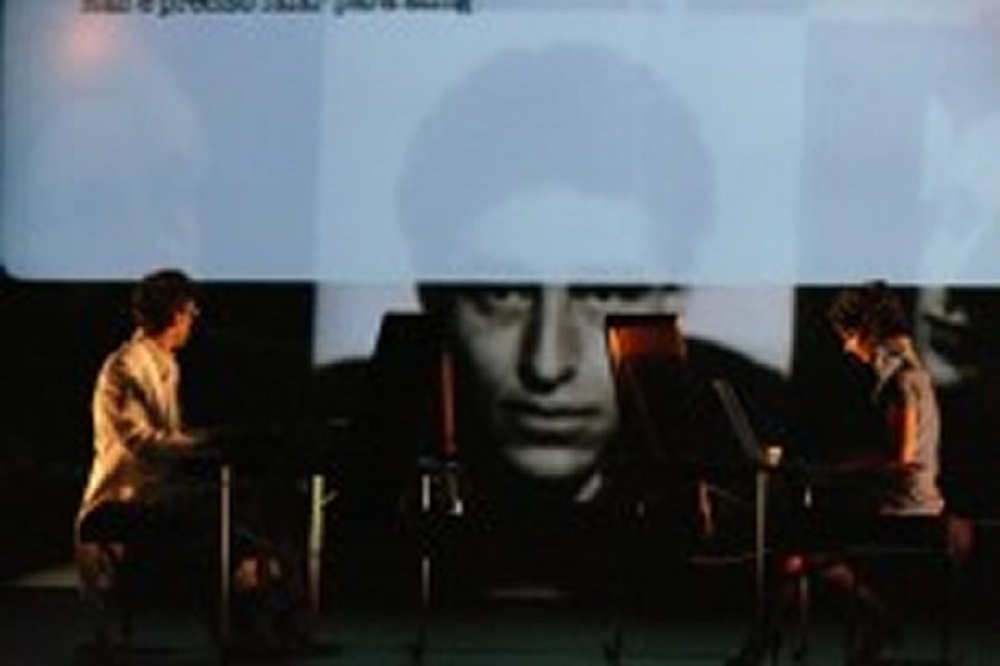 A concert to remember plus two typewriters
While going through the basement of her grandparents one day, Portuguese artist Patrícia Portela found a chest, containing the writings and designs of Acácio Nobre, a forgotten inventor and artist from the beginning of the 20th century. He was what you might call the Portuguese da Vinci, Lumière or Steve Jobs: a toy inventor, a science fiction author, a bio-engineer, an art devotee and an avant-gardist. Nobre had been silenced and erased from Portuguese history by the dictatorship. By using a silent movie accompanied by two typewriters as a simultaneous narrative with musical scenery, Patrícia Portela goes on to create a story by forming a dialogue with the avant-gardist through an account of his plans, political ideas and ambitious scientific and art projects.

90 minutes
Performance is in English with Slovene subtitles.