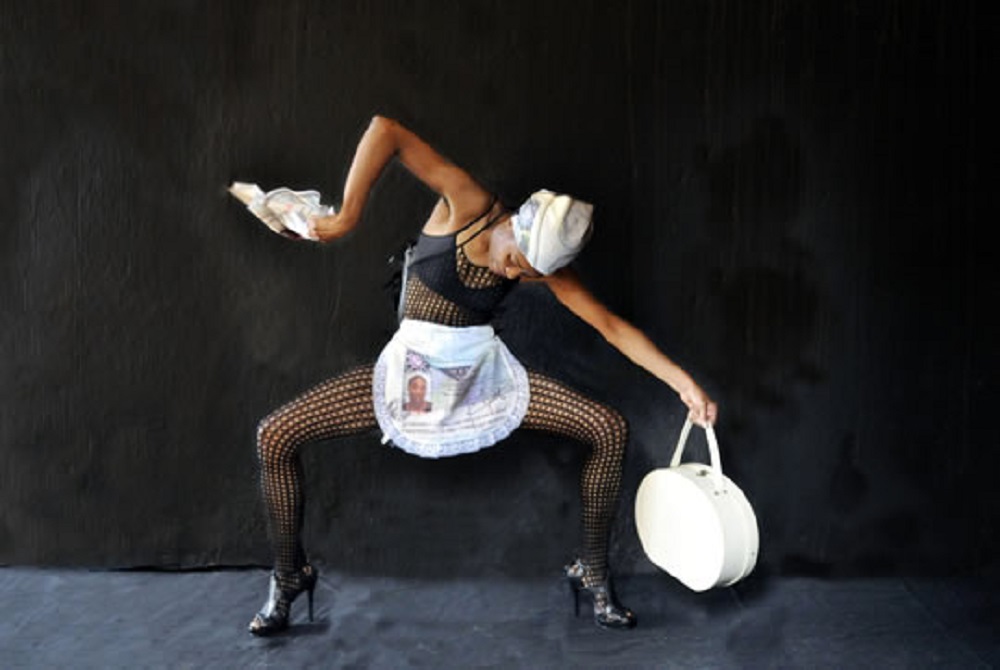 Nelisiwe melted together her own biography on the one hand and Sarah Baartman’s on the other, thus giving birth to an ironic and politically engaged dance solo. It is about a woman and her trip to Europe, where she is allowed to stay only if she becomes a museum artefact for a while. This performance doesn’t merely address the issue of exotic voyeurism, but also points out the increase with regard to the present day xenophobia, which can be seen in the president Sarkozy’s (Sakhozi) idea to give the Africans some sort of a financial compensation in return for their departure from France.