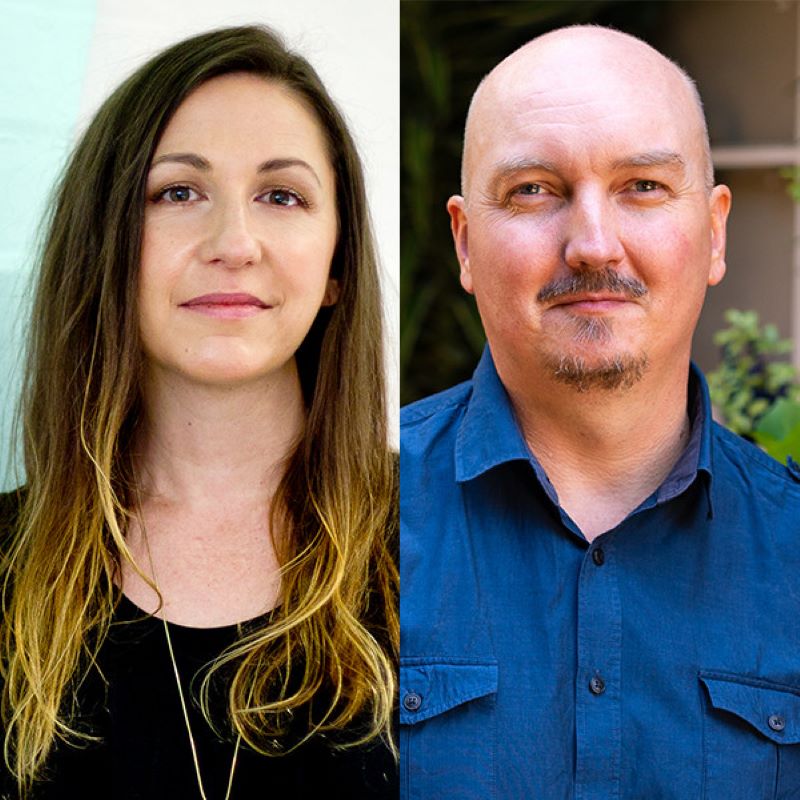 Better Together is a brand new improvised work by Rama Nicholas and Adam McKenzie, premiering at the Naked Stage. This show aims to explore relationship dynamics, social politics and human flaws. Rama and Adam are both masterful narrative improvisers but as individuals couldn’t be more opposite. Through their differences they aim to explore the intersection between character and story, weaving tales that reflect real life. From comedic to the dramatic Rama and Adam will take you on a rollercoaster ride inside the human condition. Did we mention they are married?

Coming all the way from Melbourne, Australia, Rama Nicholas and Adam McKenzie have been together for 10 years and as a couple they collaborate on almost every creative project they do. With decades of experience as actors, comedians, improvisers, writers and directors, these multi award winning performers are finally coming together to do their first improvised duo show. Adam comes from a sketch comedy background and has his roots in impro comedy. Rama trained as an actor and became an improviser and comedian soon after. Adam is an energetic and eternally positive nerd. Rama is an introvert with a sharp wit and is a fiery feminist. Back in the day, Adam and Rama were from rival impro troupes in Melbourne but nothing would stop this charismatic couple from getting together and falling in love. Even though stylistically they are quite different, these two performers share common ground through a shared love and passion for storytelling, strong characters, bold scene work, laughter and of course… each other.

FOR BOTH SHOWS IN THE EVENING: 10€ / 6€ (students, seniors) – reservations at info@bunker.si