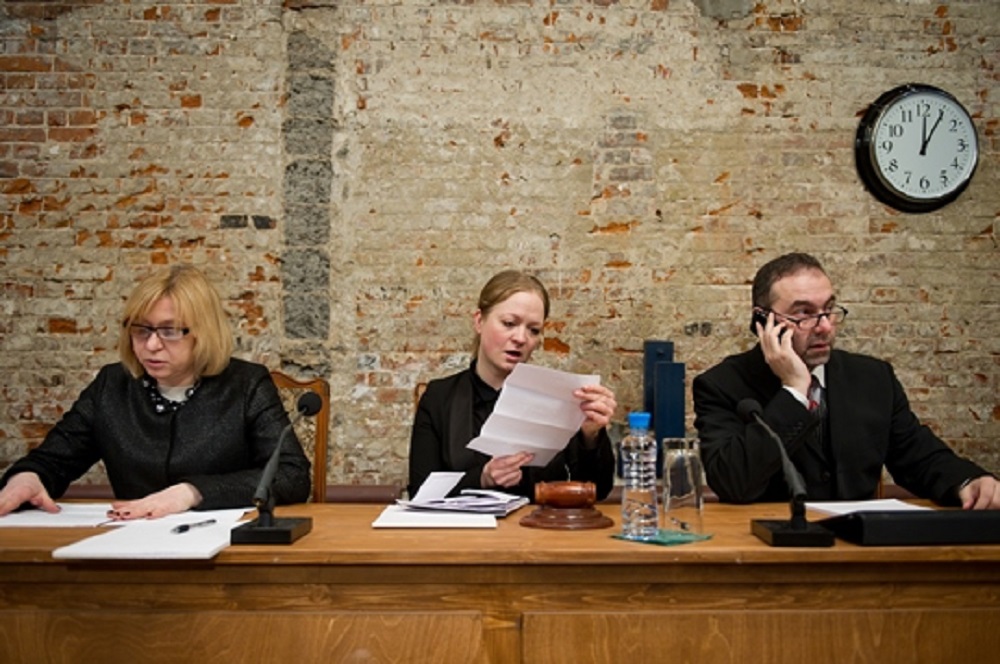 The screening will be followed by a conversation with Milo Rau.

Milo Rau, a veteran of documentary and politically engaged theatre and founder of the production company International Institute of Political Murder (last year they made their appearance at the Mladi levi festival with their performance Hate Radio) organized his own trial in Moscow’s Sakharov Center – a three-day legal proceeding. The result of the trial organized by Milo Rau wasn’t the same as the decision made by the Russian courts; however, in no way did Rau interfere with the results, he only wanted a fair trial. And as we might have expected, the »invasion of reality« took place with the police barging in as the performance was underway. The documentary doesn’t take sides, it doesn’t take the easy road by invoking empathy towards Pussy Riot or towards other artists and curators. Instead, it sets out to focus on one of the rather more essential questions, specifically where the limits of religious and artistic freedom lie.

The film is in Russian with English subtitles.