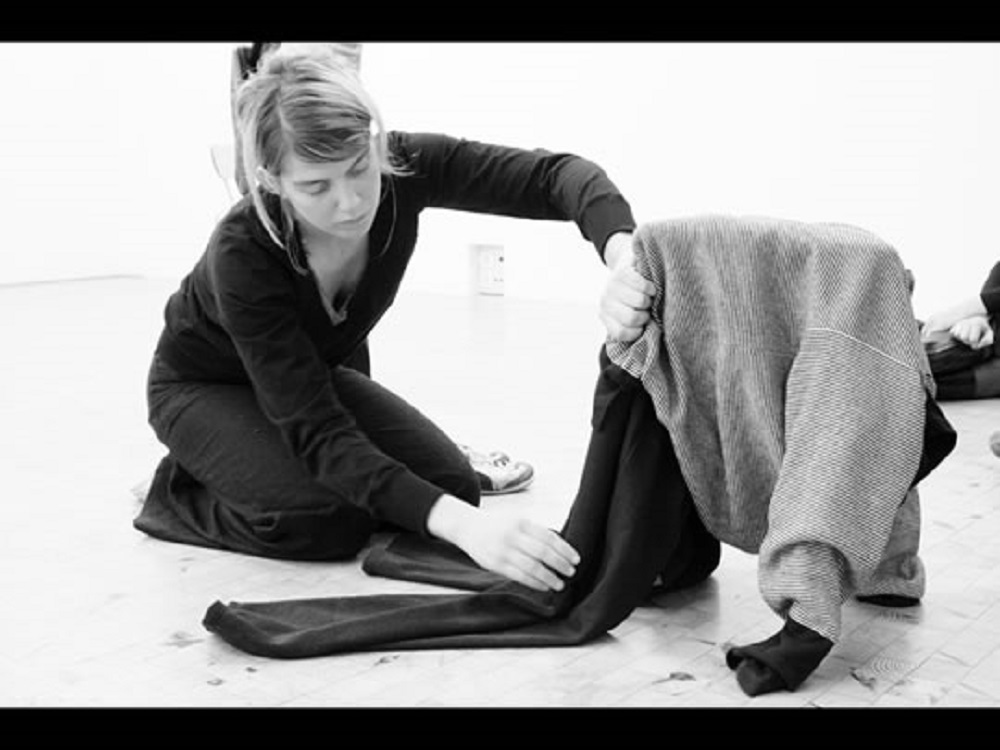 A PREMONITION OF CRIME
Miet Warlop is a Belgian performer and set designer. She mainly works in Ghent. One of her performances took place in an elevator, another on the façade and the balconies of the Vooruit Theatre. Miet collaborated in the Belgian version of the project Lovepangs, which was performed also in Ljubljana, during the Mladi levi festival of 2005.
The first part, Proposition 1: Reanimation is part of the Grote Hoop cycle, while the second part is entitled Proposition 2: Reconstruction. Miet in her performance Proposition 1: Reanimation clearly unites her performing and set design skills as the performative part results in a set, a scene, which resembles a still life. The performance might seem as contructing the set. Miet Warlop’s method is to amass “things” on the stage, where she (re)animates them. The atmosphere is gallery-like, silent and meditative. Miet works slowly; as if she wanted to do a forensic reconstruction of a crime or murder scene. While constructing objects on the stage, she offers the spectator a field for his/her own mind constructs, she enables him/her to slowly adjust his/her brain to the fact that one has to use his/her own imagination and create its own story.