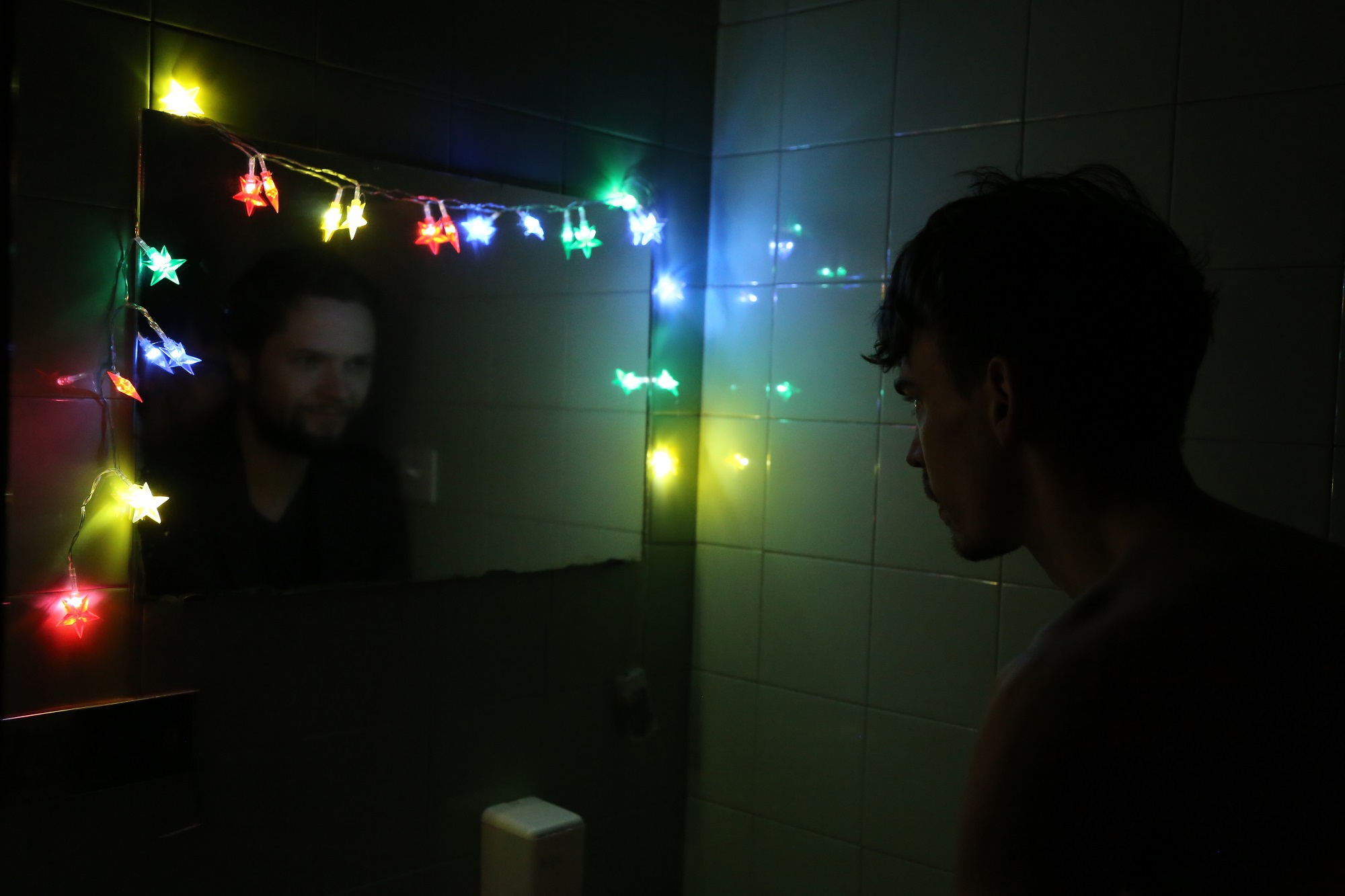 Wetlands. Marshes. Where everything not solid enough sinks into the soft, moist soil. Where metaphysics sucks in physics, returning traveler in circles to ground zero.

Strniša’s subtitle of the text is “a parable of the poor and rich Lazarus”, while the creators of the performance are interested, in addition to the moral side of the play, in opening spaces that arise from the associative reading of the text.

Strniša’s Frogs remain fresh even 50 years after they were first published.

The desire to be what we are not creates an internal tension. This is temporary satisfied by the phantasm of the Other – better, faster, more skillful, wiser, more beautiful, richer one. But the Other keeps evading, even Strniša’s devil, who tries again and again to help everyone, and longs for its end and escape from eternity.

Is the realization of our greatest and deepest desires what we fear most in life?