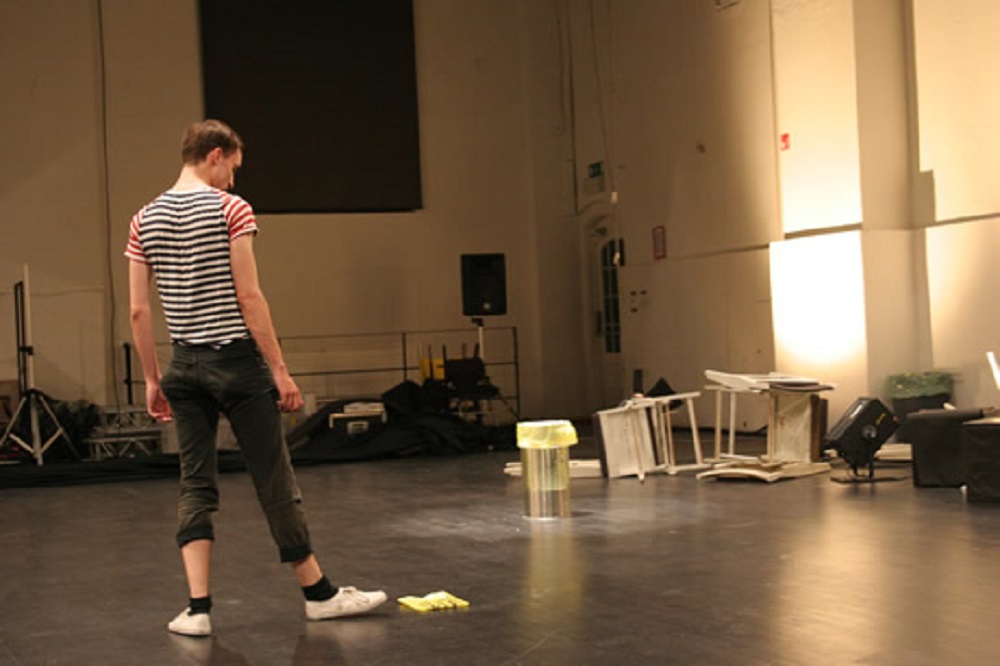 YOUNG LION
Mladi levi started as a part of the Junge Hunde project, a network which supported young propulsive artists at the beginning of their careers. The network doesn’t operate actively anymore, but the wish and will to support young and promising artists have been kept alive. One of this years “young lions” is Marko Jastrevski, who created his first performance within the educational process at the Nomad Dance Academy. Dancing nomads – young dancers moved around the Balkans and received a very diverse education. They were able to attempt for the first time for themselves at making their own work, as they created their first own dance miniature pieces at the end of their education called Short Cuts.
Marko’s performance Garbage Epic is a subtle research into movement and provoking audiences with pointing to what is going or should come into being or happen. His solo is created as a slow comedy of seducing audiences and is structured as a trailer, a short collection of the best and most attractive scenes, which offer only a glimpse and a hint of the complete work. Marko has an incredible stage presence. Many compare him with Buster Keaton, also because of his gestures. Buster was a master of falling; he started his career with them, as his father threw him around the stage. The performance would still be worth watching, even if Marko was only falling in it.