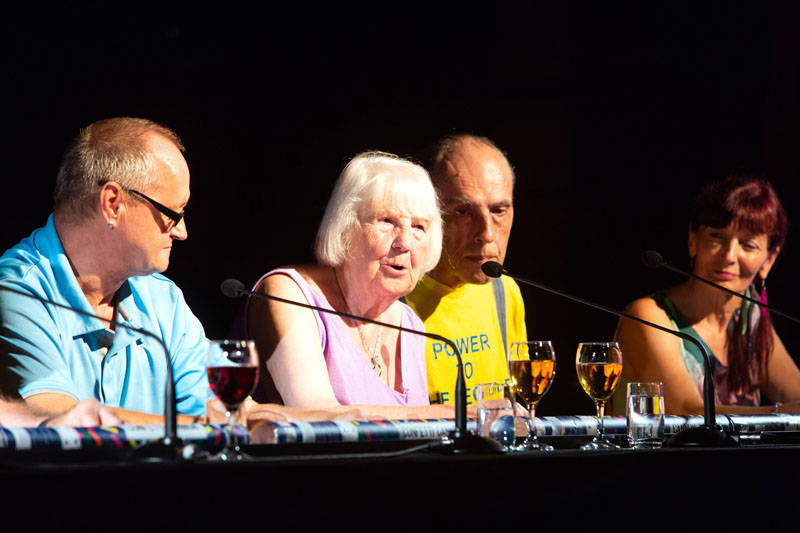 MAMMALIAN DIVING REFLEX: ALL THE SEX I’VE EVER HAD

Led by Artistic Director Darren O’Donnell, Mammalian Diving Reflex uses a working method called »social acupuncture«, the belief that the power, potency and significance of theatre can be revived by civic engagement and social interaction as an aesthetic. Mammalian Diving Reflex focuses on participatory processes, working with local communities to create rigorously crafted and provocative performances. Mammalian brings people together in new and unusual ways around the world, to create work that is engaging, challenging, and gets people talking, feeling and thinking.
We all know that today’s attitude towards sexuality is different than it used to be, we also know the statistics on various sexual practices, and this year, on the 50th anniversary of 1968, we are trying to reflect on the results of the so‑called sexual revolution. But as Dolly Parton used to sing so beautifully, no one knows what goes on behind closed doors, behind specific closed doors. In Slovenia, we have found 6 individuals of the older generation who are willing to talk about sex; their own sex, not just sex in general. Together with Mammalian Diving Reflex, they have transformed their stories into a performance, so that we are able – at least for a short moment – to look behind the closed doors of romance and sexuality of a generation.

Performance is in Slovene with English surtitles.