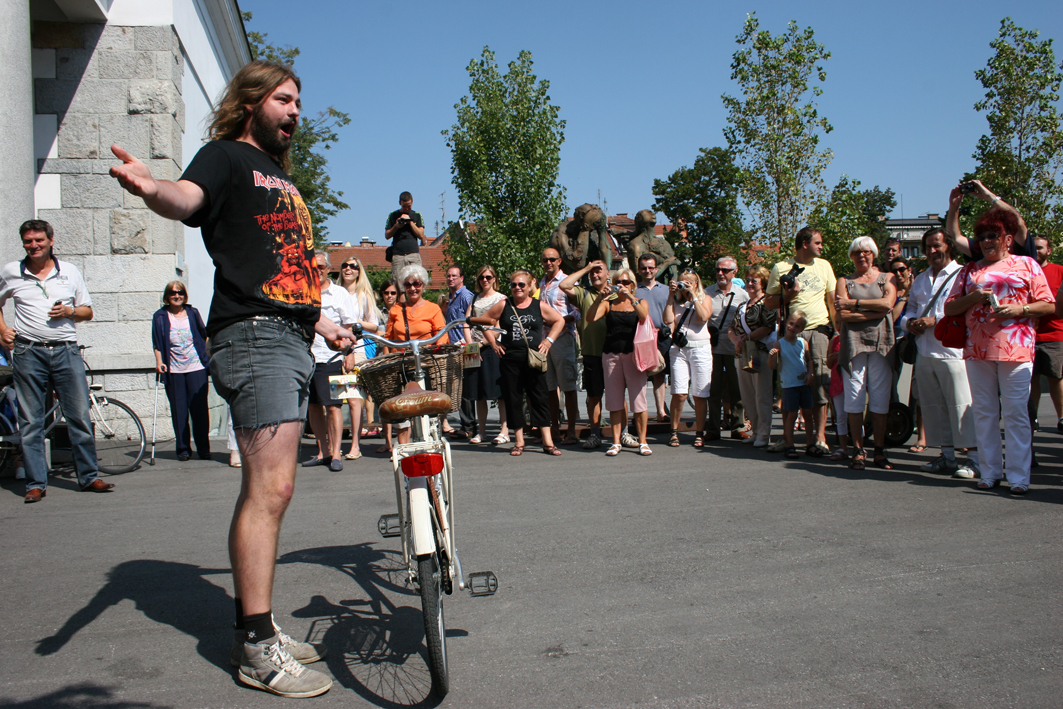 LYRICAL MOMENTS IN THE CITY – 10 YEARS

Lyrical Moments in the City began ten years ago as a small and simple project to liven up the mornings at Ljubljana Central Market during the Mladi Levi festival and to stir up the situation with Ljubljana’s Opera house, which was closed down due to renovation. Four well known Slovenian opera singers and Belgian theatre and opera director Dirk Opstaele, artistic director of Ensemble Leporello – who just happened to come to the festival at the time – hit it off right away, and it only took them three days to prepare the winning combination of arias, which the singers rehearsed in the open air… Ten years later, Lyrical Moments in the City are still alive, regularly touring and surprising passers by with their flash mob form. The success of the performance is certainly due in part to the casual and unexpected re-emergence of the most famous opera arias – from Carmen to The Barber of Seville – that go beyond the strict institutional boundaries and appear in the centre of life, the hustle and bustle that stops and listens to them in a mixture of wonder and excitement.
On their anniversary, the creative team will reunite once again to surprise you and chart a path for the next ten years!