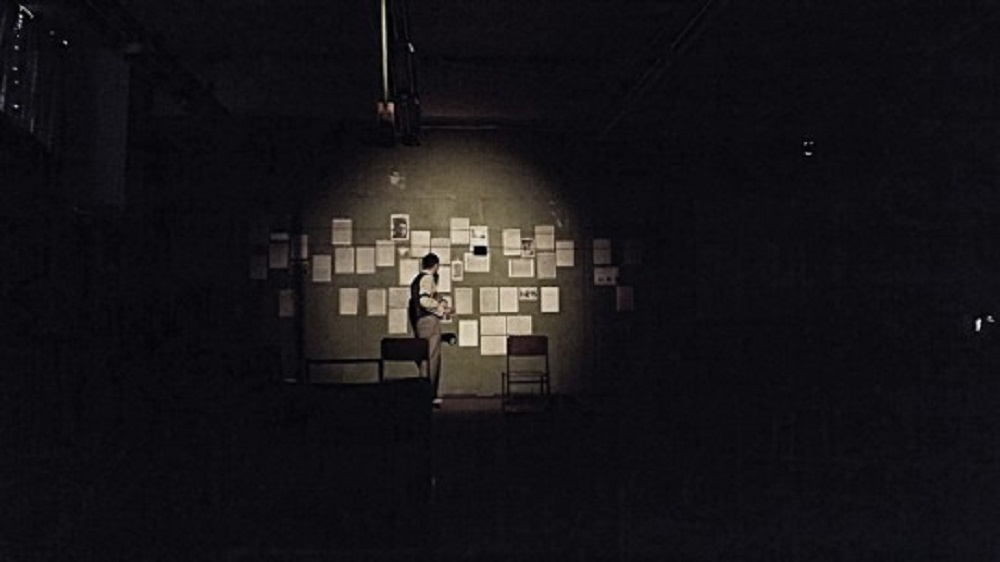 Ludomir Franczak: THE RECOVERED ONES

Ludomir Franczak is a Polish visual artist, director, curator and more. He’s most interested in the subjects of memory and identity, portrayed in the form of complex hybrids of visual art, history, literature and approaches distilled from performance arts.

The historical origin point of Franczak’s performance are the fates of those Germans who were, in the wake of then-new post-2WW border delineations between Germany and Poland, forced to abandon their homes and leave for Germany. In the Slupsk city archives, Franczak uncovered manuscripts of their biographies, seeing them no longer as a faceless mass he could relate to only in historical terms. Ludomir describes The Recovered Ones as a personal atlas, a performance that crafts its story from the remnants of history’s material artefacts. Naturally, the stories he puts together are constructs, something conveyed already by the set of the performance which is literally being built as it goes. And yet, let’s not forget, history, too, is – a construct.

The performance is in Polish with Slovene surtitles.