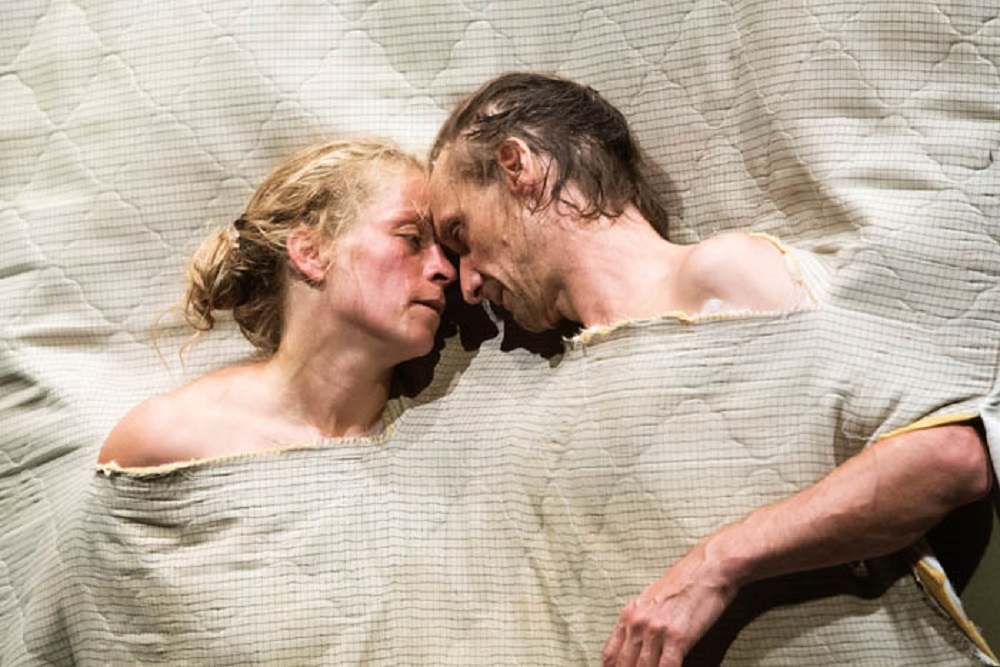 Six hours on stage together; Leja Jurišić, a hurricane of the contemporary dance scene, embodying feminism and engagement, who shifts between performance, dancing and choreography with ease, and Marko Mandić, one of the leading actors of National Theatre Drama Ljubljana, who also triumphs on other stages and other theatre territories, and is known for his phenomenal use of the body as his acting tool. The premise of the performance: Jurišić and Mandić, together on the stage for 6 hours with the sound of randomly played songs from their combined playlists. They were preparing for the performance together with the director, Bojan Jablanovec, and it is accompanied by live text by Semira Osmanagić, who also initiated Together. The premise is simple but uncompromising – six hours! What is »together« in this performance, anyway? Six hours is enough time to go through almost all dichotomies, and also to realize that the basis for togetherness, for cooperation – is to share time and space. Because when we are together, we are sharing everything.