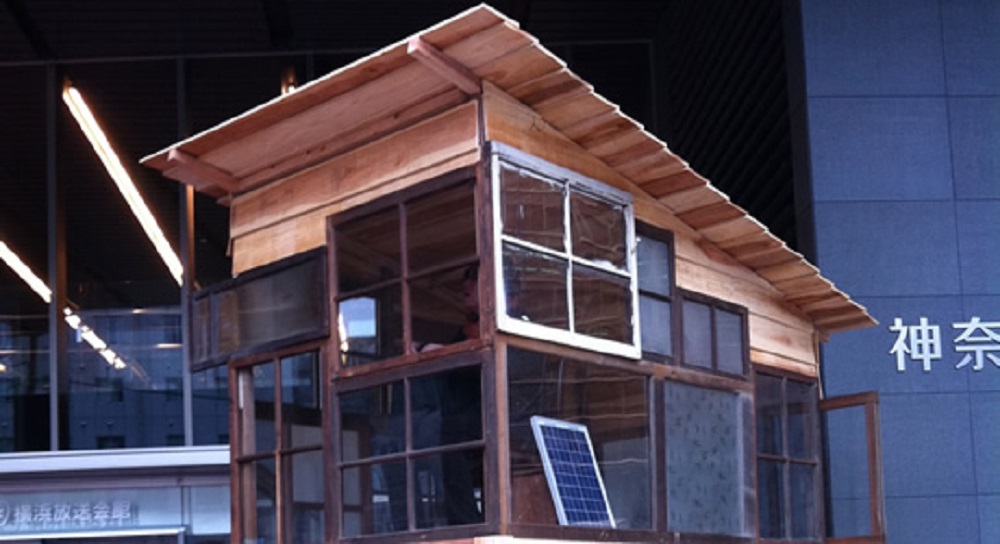 Thursday, August 23rd at 8.00 pm, the installation will beopen until September 2nd
The platform by the Slovene Etnographic Museum

Home is where the heart is

Kyohei Sakaguchi is a special kind of architect. In fact, one might even call him an anti-architect, due to his belief that houses are a commodity to be shared. He is deeply interested in the houses and shelters that are set up by the homeless on the streets of Tokyo. He admires their blend of functionality and style, their use of recycled materials and their ready-made nature, allowing residents to move in anytime and anyplace. According to Sakaguchi, architecture can be experienced in its vivid fullness when one sleeps outside, without any roof or walls. And this is exactly the way he lived when travelling across Japan and India for two years, with no money in his pocket. How much potential does a DIY residence cabin have? For Sakaguchi, architecture is an instinct, a skill, resourcefulness and an archetype. The houses on wheels and the mobile living cabins that he makes invoke the feeling of freedom and human vitality, inspiring people to believe that the society of capitalist greed and consumerism has not entirely succeeded in eradicating the wisdom, creativity, knowledge and ability in us to build something with our very own hands.