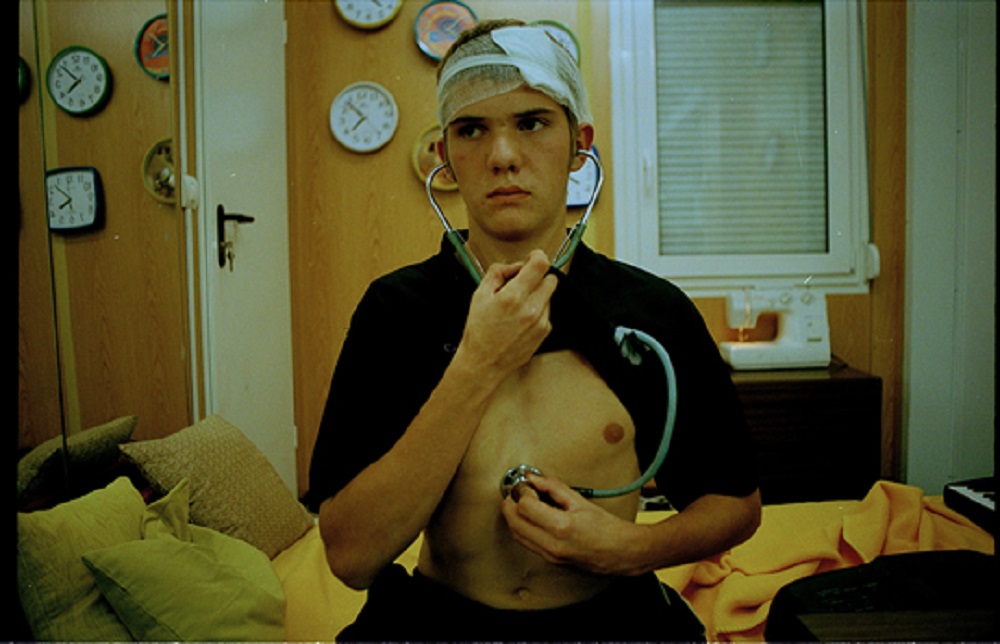 On the Edge of Life
Kornél Mundruczó is a widely recognized Hungarian film director who won the Critics Award at the Cannes Film Festival last year with his film Delta. Mundruczó has a distinctly subtle way of translating his film language into a theatre narrative. The performance Frankenstein- Project was conceived in collaboration with the playwright Yvette Bíró. It tells the story of people who live their lives on the very edge of society and contemplate their realities and (dis)abilities in the narrative process. Moreover, it tells the story of fragile borders, acting as blank spots between these people on one hand and the integrated majority on the other. The subjects thus portrayed in the performance are »persona non grata« – hidden out of sight and assigned a place in the unconscious, designating a container of what society refuses. The Frankenstein-Project unlocks the keyholes of the steel door, tears off the walls and confronts us with the terrifying fact that our social inclusion is nothing but an uncertain matter of coincidence. Audience members thus find themselves immigrated straight into the containers’ settlement, standing on the edge of life. It is from this perspective that the performance takes place in front of their eyes, pointing to an opportunity they are given as a fact. Not due to some carved out plan or hard work, but – paradoxically – sheer luck.

Performance is in Hungarian with simultaneous translation to Slovene.