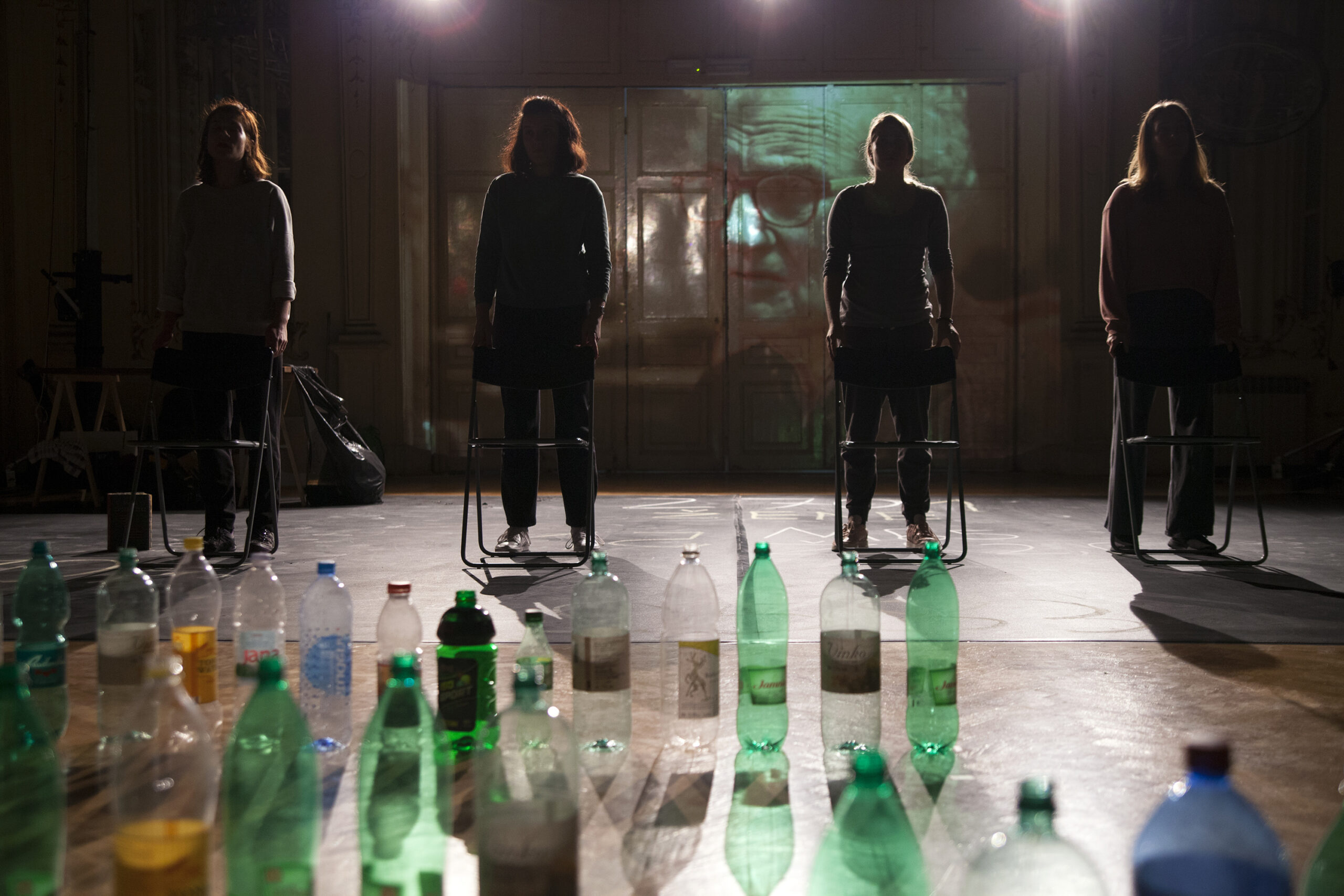 Igralke Collective is a group of four friends and actresses, graduates of Acting and Media Studies programme in Rijeka, Croatia. The documentary performance Grannies performed at the festival is their second performance. It is created in collaboration with Slovenian devised theatre director Tjaša Črnigoj, who is specifically interested in women’s stories. The authors of the performance focus on the lives of four retired women who live below the poverty line and collect bottles to survive. Their poverty became their job. In order to survive, they closely follow the events in the city to which they never really belong – they always arrive when the party is over, to collect the bottles and cash them for 50 lipas. In Croatia, a law has been in force since 2005 that states that citizens are entitled to compensation for returning empty beverage packaging to the store. The audience follows their lives on the fringes of society, learning about their life stories, which the authors intertwine with personal stories of their grandmothers and other elderly women in their lives… Due to class and gender differences in society, retired women are among the groups most vulnerable to poverty. Can we imagine what poverty means for the retirees? How does it look like? How does it change their lives, their identity and the meaning of life? And how does it relate to us?

Performance is in Croatian with Slovenian surtitles.