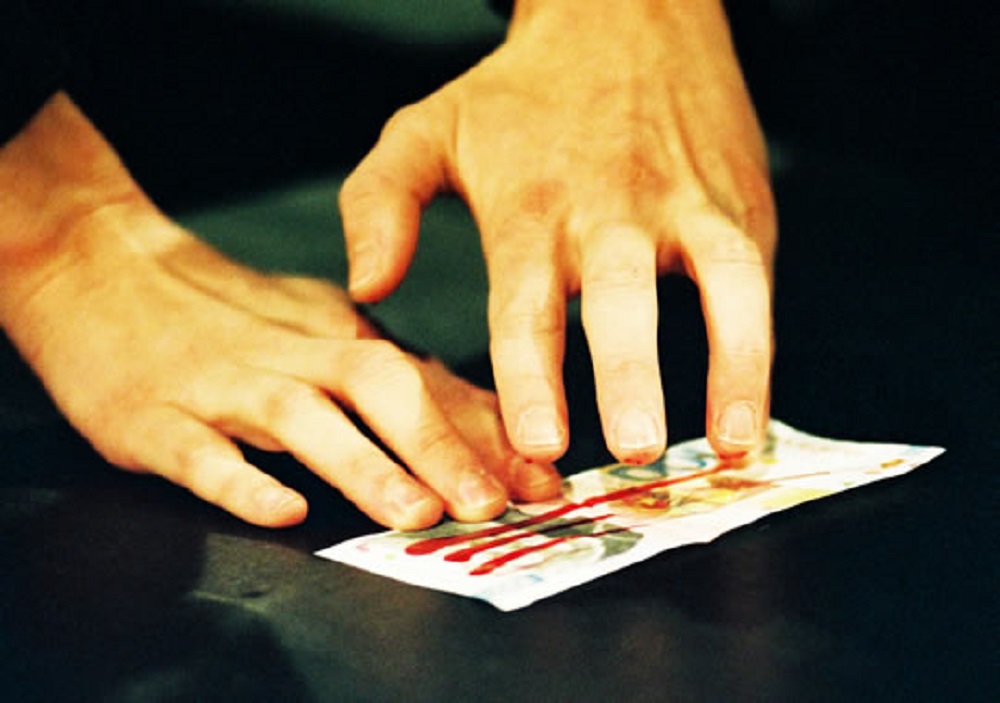 Katarina Stegnar, Via Negativa: BUYER WITH AN EYE

On Value and Art
Via Negativa is an international theatre project that is already well known to the Slovene contemporary scene-arts milieu. The collective of its creators has been involved in the project ever since 2002, having placed the main focus of the project on its theatre performance, which is defined in terms of a relationship between the audience member and the performer as constituted in real dimensions of space and time. The cycle of the Via Nova performances attempts to deepen and break down some of the elements, previously used by the performers in the past works of Via negativa.
Katarina Stegnar has won several awards for her work as a theatre actress and versatile performer, having worked together with many artists and groups already, including that of Betontanc. Katarina has been collaborating with Via Negativa ever since 2004 and she has managed to develop her distinct performative field through time. The latter allows her to explore the ways of scene presentation and to question her own creativity as well as the medium of her current expression. Katarina Stegnar poses a question about the value of her own work in the performance Kupec z žilico and she does this in a direct, precise and entertaining manner. She muses on an audience member who buys a ticket for her performance counts as a buyer of her art piece. Or do they, on the other hand, still become one, since she is creating the art piece in the process of the performance? Katarina Stegnar is interested in the very nature and definition of an artefact, potentially produced by the scene artist and in the question of setting a price for it. Who, of all people, can determine its value if not the audience, who stands witness to its making? If so, the artefact could be considered for sale – would you buy it?