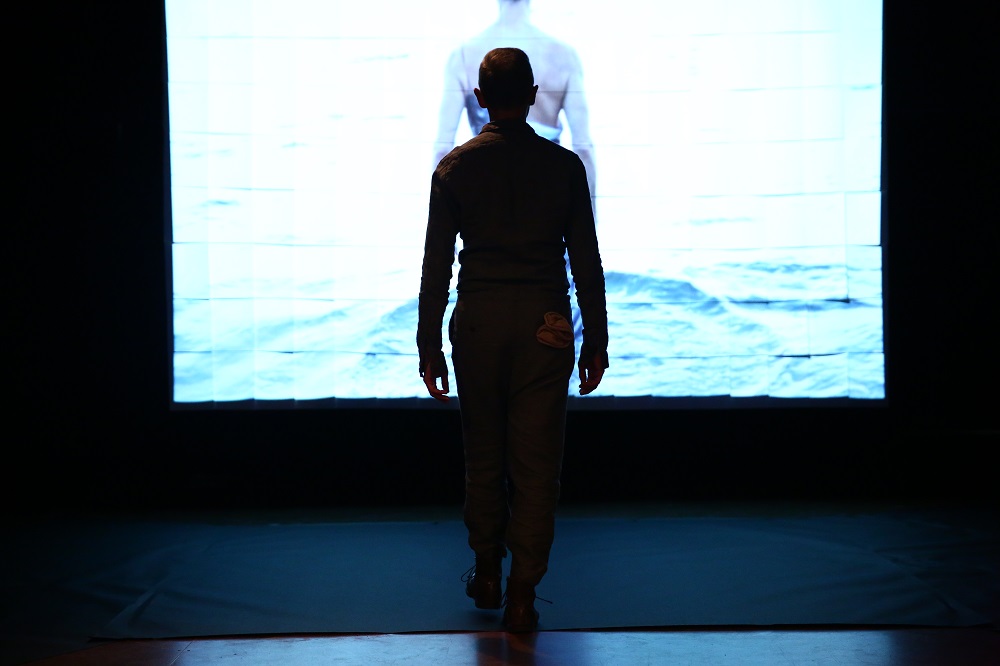 John Kelly is a visual artist, director, dancer, and performer – a legend of the New York art scene with a forty-year career and numerous awards. Time no line is a solo performance which has been developing for quite some time and will premiere next spring in New York. It is about the author’s account of himself and of the four decades of his creative career – especially of the tragedy that struck the scene in the form of the AIDS epidemic. Kelly’s performances are often characterized by intimate dealings with major topics. This one is based on the disclosure of the ultimate intimacy – author’s personal journals.

In Houllebecq’s Submission it says that even in our deepest and most lasting friendships, we never speak as honestly as when we are faced with an empty sheet of paper and we are addressing a reader we do not know. During his 40 years of personal journal writing, Kelly has been regularly facing sincerity in front of an empty page, and finally transferred this sincerity to the stage. David Hockney, however, says that AIDS has changed the world. If all those people who died of AIDS were still alive, the world would definitely be a different place, he claims. And maybe Time No Line offers an idea of what the world would be like if it weren’t for premature demise of an entire generation of artists. As a survivor, Kelly can report on these events, on his artistic journey, and on the ways his career has changed the world.