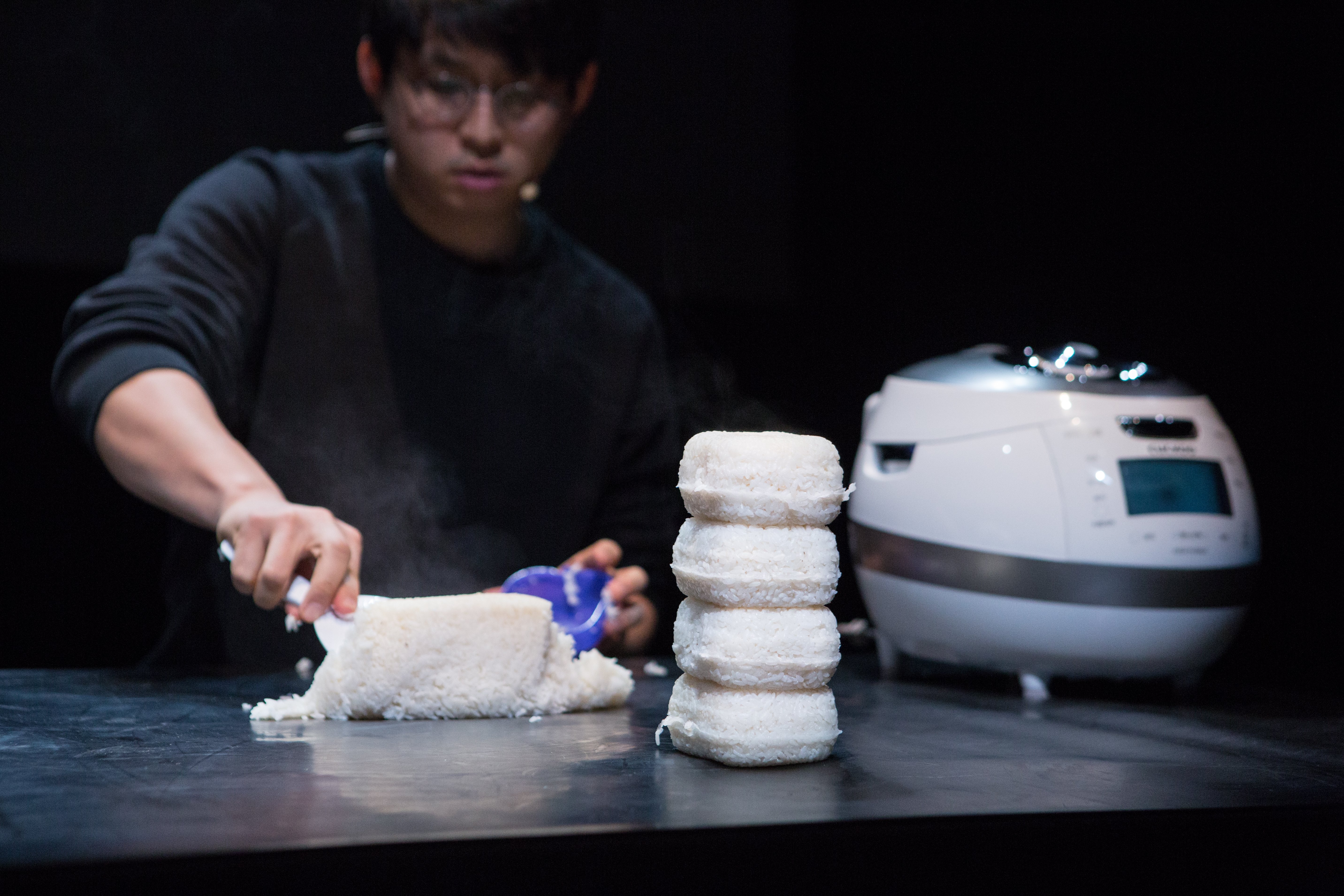 Jaha Koo is a South Korean musician and theater maker who lives and works in Belgium. After graduating in theatre studies in his native country, he obtained a master’s degree from DasArts in Amsterdam. Since 2014, he has been working on Hamartia trilogy (the term originates from the ancient Greek, signifying a tragic mistake by a protagonist leading to their downfall): the first part of the trilogy, Lolling and Rolling, is about children in Korea getting tongue operations for better English pronunciation. After Cuckoo comes the third part, The History of the Korean Western Theater (working title), which will premiere next year.

Koo’s theatre is devised theatre, he is the author of texts, music, videos, also performing on stage. Koo describes his work as a mix of politics, history and personal stories. This is also true for Cuckoo, which uses the tragic financial breakdown of South Korea as a political and historical background – an event which was followed by IMF forcing the country into bankruptcy and consequently controlling its finances. Koo skillfully navigates the socio‑political, social and personal consequences of the post‑bankruptcy crisis, combining them with personal stories – of himself and his friend – in a dialogue with Cuckoos, rice cookers (Cuckoo is a trademark). The Cuckoo cooks rice so well because it is a pressure cooker – but what happens with a society and an individual when they are under pressure?

The performance is in Korean with Slovene and English surtitles.