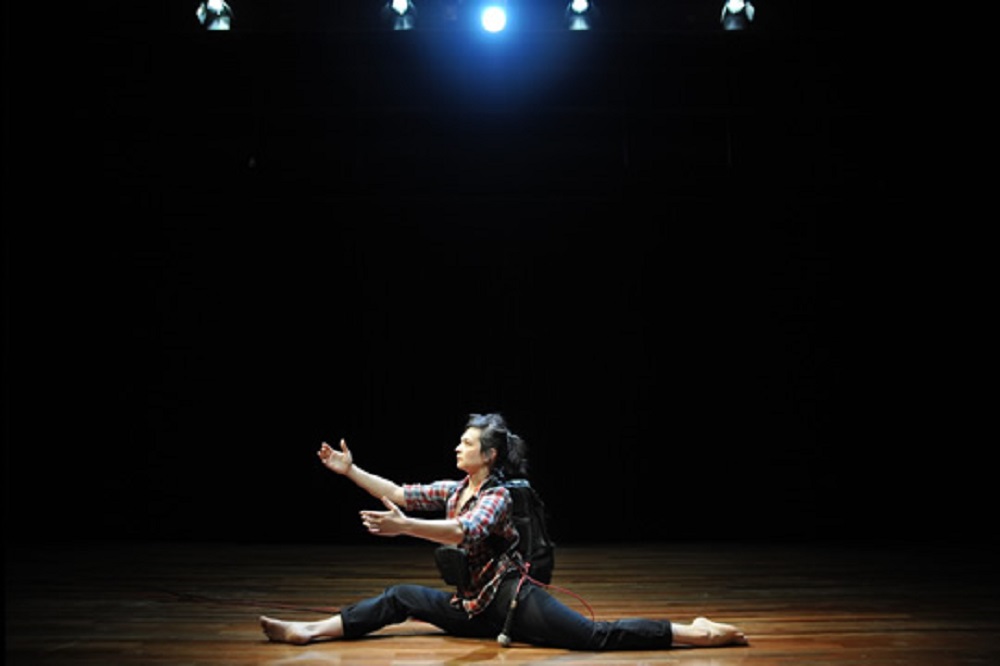 Who’s the Person on Stage?

Having performed twice at the Mladi levi festival already, once with How Heavy Are My Thoughts and another time with While We Were Holding It Together, the performer Ivana Müller is – so to speak – an old acquaintance. She has always succeeded in dazzling the Ljubljana audience with her presence, intelligence and humour. The author believes that humour is capable of changing the way we normally see things. “Thanks to humour, an idea acquires a dynamic, rather than static character. For this very reason humour functions as one of the most important choreographic tools for me.” Ivana comes from Croatia and has been living and working in Netherlands, Germany and France for a decade now.

60 minutes of Opportunism is a solo performance (featuring an occasional guest). It presents the author dwelling upon how it feels to be in front of the audience – live and alive, while once again we see her dancing on that thin line between philosophy, comedy and poetry. Who is this person we are watching on stage? A contemporary nomadic artist perhaps? Or can it be that she is a terrorist ready to blow herself up on the account of the fact that she is wearing a rucksack? Then again, could it be that she is merely a lost tourist? The author on the one hand and the performer on the other have one single body to share. What, then, is her real identity?

As she performs, we see Ivana deconstruct her own show and her own body as she lures the audience in question asking. We all play our own part in this performance – the performer, the author and the spectator – all of us breathing the same air, being surrounded by the same temperature and mutually inspiring each other.

Duration: 60 minutes
The performance is in English with Slovene subtitles.