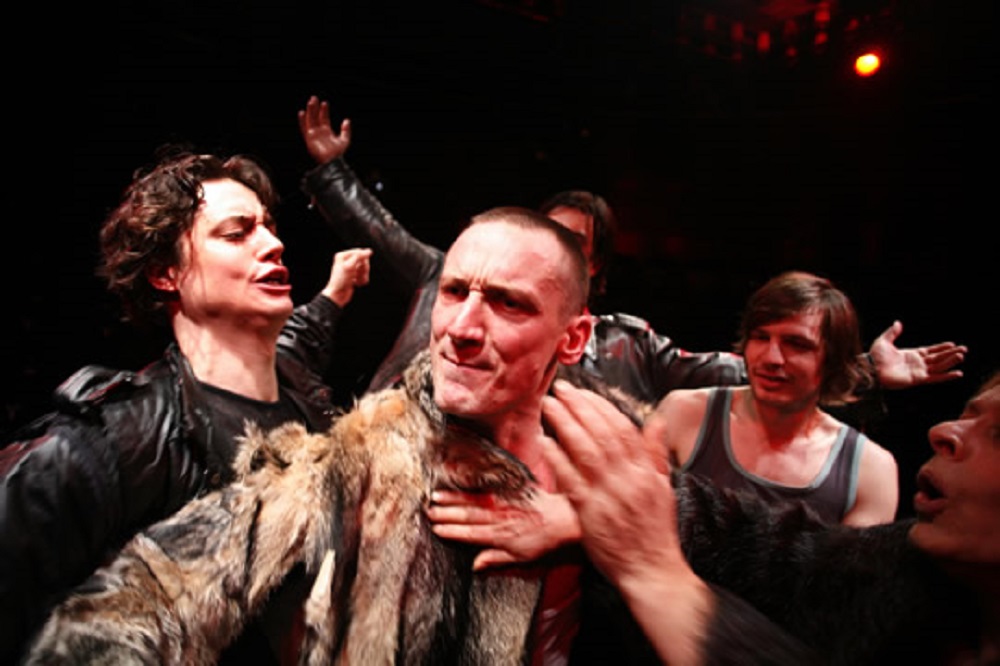 Raw Energy
Heiner Müller wrote an adaptation of Shakespeare’s Macbeth in the early period of his artistic path, in the seventies, and imprinted a grand authorial signature into it. He had to face an extensive amount of criticism afterwards, claiming that the play was excessively pessimistic. Indeed, the text does not hold any prospects of the violence ending. One murder leads to another, hell increasingly breaks loose, and the violence holds no substantial emotional or logical argument. Monologues appear drastically shortened in Müller’s Macbeth, leaving no space for articulated reflection or second thoughts. The play shed light on the structure of power and authority, which no longer stands as a function, but serves its own purpose while having its eyes set on one thing only: the omnipotent grandeur of the self. It is the structure, giving birth to evil and the grounds for totalitarianism to emerge. Ivica Buljan, the director of Macbeth po Shakespearu, comes from Croatia and his extensive opus has left visible marks on the Slovene performing arts scene. Macbeth po Shakespearu is stripped of narrative scene elements and grand words. It seems like a dynamic testosterone nettle among slender young males, who are full of themselves. There is no shade of goodness or psychological depth in the characters, who form raw and brutal attitudes between themselves, leaving the audience in speechless astonishment…