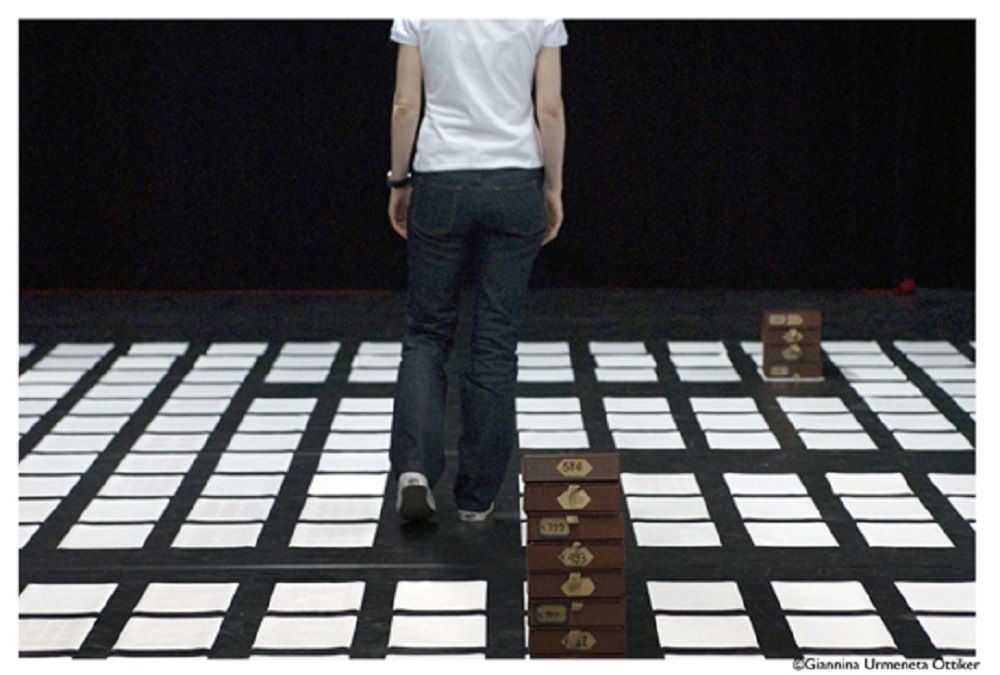 The Secret language of a Blank Piece of Paper

The artistic group deepblue was founded in Brussels by choreographers Heine R. Avdal and Yukiko Shinozaki, and media artist Christoph De Boeck. It was named after the notorious computer that defeated the chess grandmaster Gary Kasparov in 1997.

Their performances and installations are a mixture of human and technological forms of communication. The three artists perpetually return to the theme of information processing and insist on the detective-like pursuit of telling apart organic and artificial, sign and language.

You Are Here is a hybrid performance; it confronts the theatre on the one hand and archives on the other. Its main theme is based upon the quest of how and where the data are kept, whereby it tackles the question of memory and the way it functions. Are we talking about a library resembling the one of Babel as devised by Borghes? Or could it be a labyrinth with the power to move people around mentally as well as physically? Are messages contained on a blank piece of paper in reality secret codes of language? And, furthermore, is language by any chance a spatial category? Can it be that what our eyes see as a dead object really has a life of its own to live? Can it be that it has its autonomy and authority? Is the blank piece of paper actually the path for information to travel on, its secretive language? In this mobile environment surrounded with visual art, the roles of performers and public are constantly under the sway of change and adaptation, everyone responding to the codes inscribed in space and thus revealing the secrets of archiving in front of our very eyes. You are here. Where ?

Duration: 70 minutes
Performance is in English. Slovene translation will be available in writing.