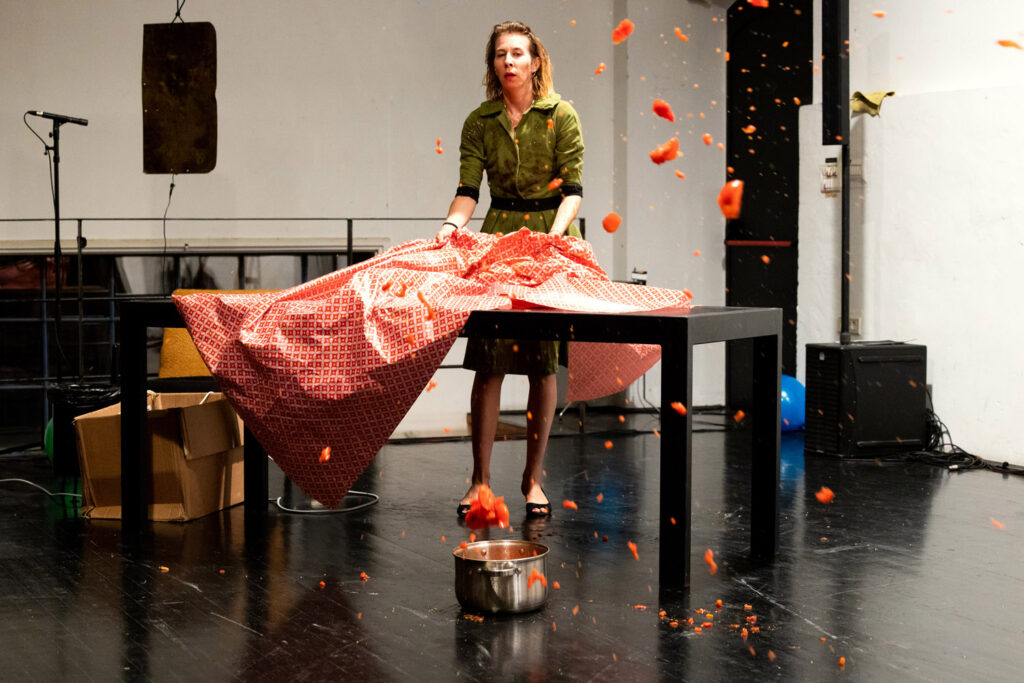 Oh How Very Ordinary is a performance that loosely connects three performers, who each weave their own story in their own medium on the boundary between fiction and reality, intimacy and communion. They each form a whole for themselves, but yet there are fragile connections of a hard-to-capture atmosphere that weave between them. In terms of content, the performance draws on the personal stories / fragments / autobiographical motifs of dancers and performers Bojana Robinson and Katja Legin, musician Tomaž Grom, and short stories by Katherine Mansfield.

On stage, we see a gap between the ideas of a happy family life and the reality, in which individuals are caught between the ideas, expectations and needs of others. So let’s look at completely ordinary lives, which under closer scrutiny reveal many interesting phenomena. “The basic tone of the performance thus never deviates from its path, from the line, it does not spill over into emotion or moralism, but rather tries to stage exactly ‘that’, always elusive, unenactable” (Blaž Lukan for Neodvisni).

Duration of the performance: 120 minutes