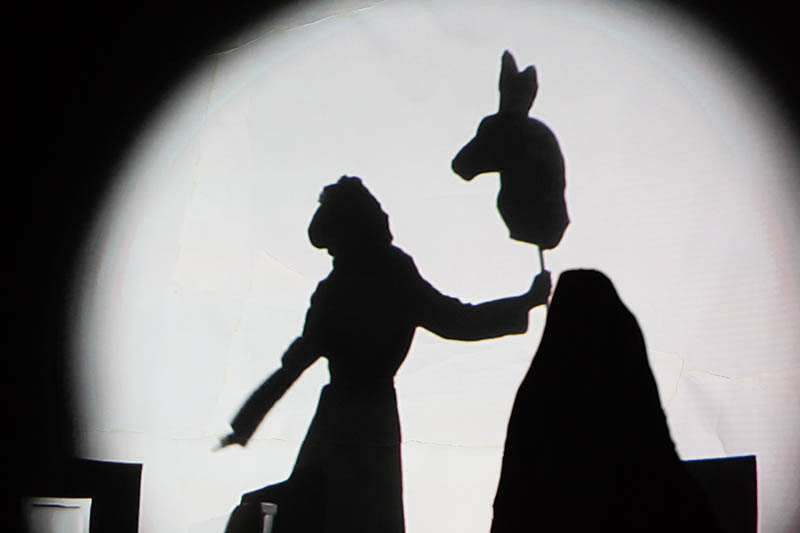 Fleur Elise Noble is an Australian director, creator and performer. Her work draws from studies of visual arts, physical theatre and community work. She uses a variety of media in her work: drawing, painting, sculpture, puppetry, animation, film, performance, dancing … Her first major production was 2 Dimensional Life of Her, and she’s coming to Ljubljana with her second major project, Rooman.

In this performance, where it is impossible to distinguish projection from reality and scenography from drawings, we fall into the Alice’s (or Fleur’s, in this case) dream hole, into which the protagonist constantly wants to return, as in her dreams she has fallen in love with Rooman – a kangaroo man. In her dreams, her love wanders around the archetypes of love. Which topic is even more eternal than love? Unrequited love. Where do we like to return to the most? To dreams. What’s the point of being awake if everything is more beautiful in dreams? It is the eternal question of the theatre. They say that reality is wilder than any art or any dream, but how to defeat dreams that are so beautiful and where we have – love? What do we do when we »arrive at a point in life when one must face the ultimatum – to give up or to wake up«?