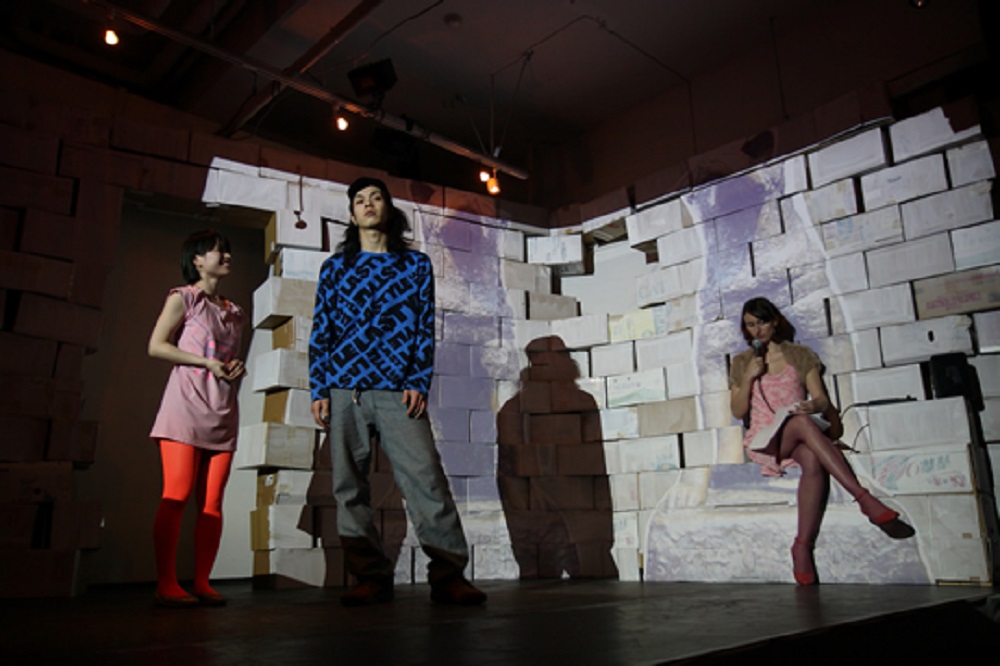 Faifari: MY NAME IS I LOVE YOU

Do you like me?
News about the young Japanese theatre wave spread instantly across
the globe two years ago. The young Faifai members come from Tokyo, where they established their own theatre group as a result of an increasing discontent they felt towards the compulsive following of standards set by others. The Faifai group emerged on the basis of the distinct and obsessively altering Tokyo urban culture, having invented its own mixture of humour, sensibility, sarcasm and sympathy. The use of artistic instruments and materials, offered by the street, opened the way for the group to invent an authentic theatre language – a portrait of culture with a language so radically foreign that its signifying process has a hard time ascribing specific names to existing identities.
The performance My Name Is I Love You drops a variety of urban cultural references in front of the audience and melts them into a futuristic love story, the course of which is determined by the trading rules. The performance shows a striking similarity to the series of little images from Japanese illustrated comics, whereby the use of simple English sentences on one hand and exaggerated stage performance on the other, engenders a multilayered image of a contemporary (Japanese) society, marked with humour and a contemplative spirit. It reflects a society, compulsively preoccupied with fashion and style, portraying love as nothing but a good deal. From Tokyo with love …