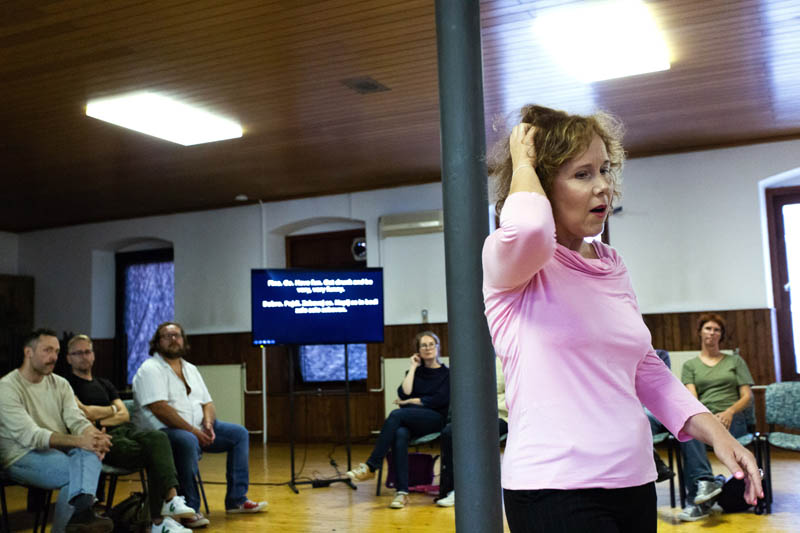 dollardaddy’s (Dollár Papa Gyermekei) is one of the youngest Hungarian ensembles, founded by a Hungarian experimental theatre duo, Emőke Kiss-Végh and Tamás Ördög. Their work is inspired by the Dogma films – a minimalistic, refined style. They work with classic dramas, where they keep the characters, while the actors narrate the original text in their own words. Home is based on August Strindberg’s The Pelican, and represents the second part of the Family Trilogy (Love, Home, Child).

The tension in the performance is created by the discrepancy between a completely classical nature of the play, which is at the same time stripped of almost everything theatrical. In keeping with the Dogma style, there is no theatre light, props, set; only naturalistic acting by the outstanding actors moving among the audience. There is also no fourth wall – not just because there’s no stage, but also because there is no illusion of an enclosed space. Viewers are part of nothingness surrounding the only thing that exists: drama acting. And the dialogues, which become up‑to‑date and are not over 100 years old anymore, as they are stripped down to pure human relationships.

Performance is in Hungarian with Slovene and English surtitles.