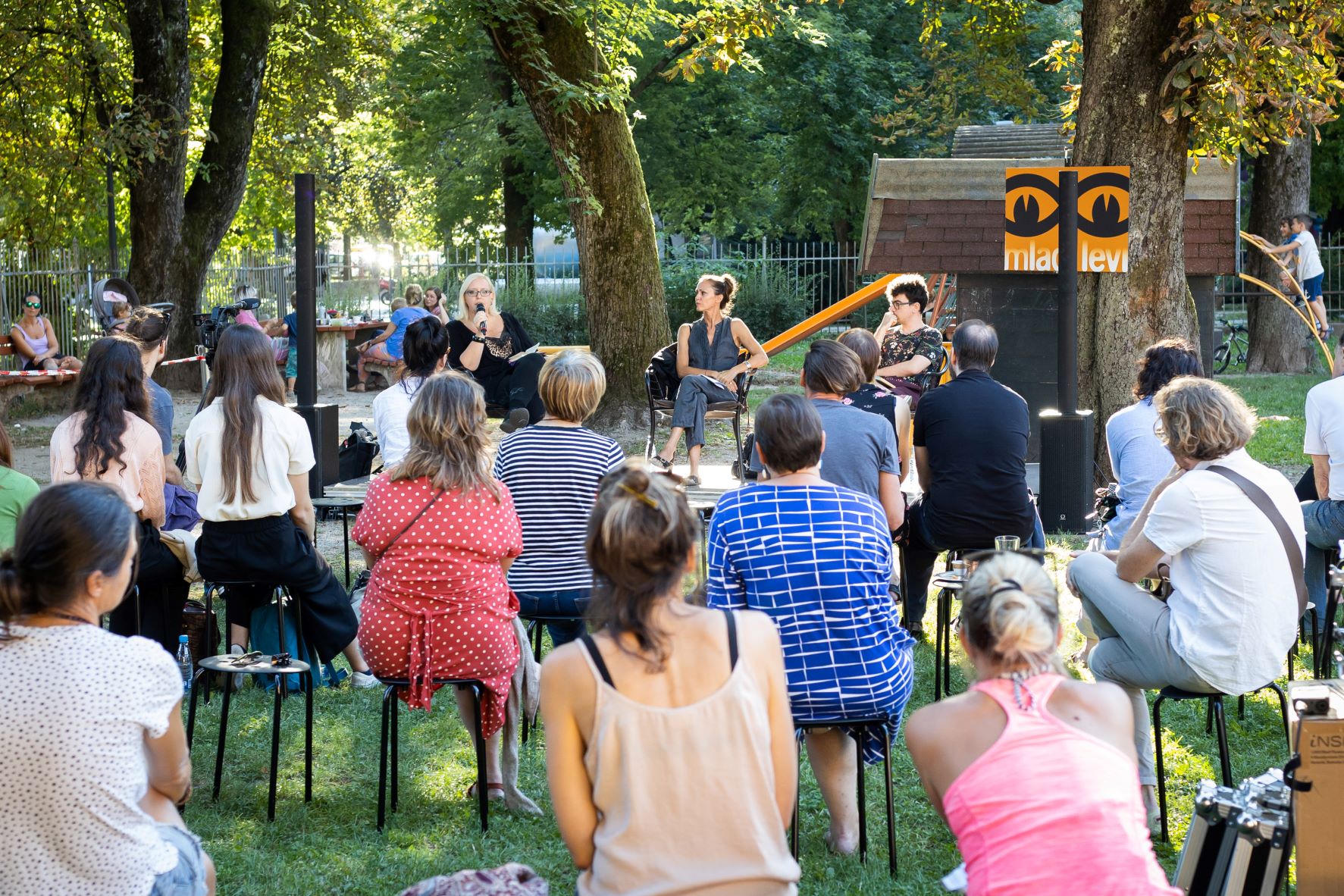 Every year, the Mladi Levi festival also offers space for conversations. They traditionally take place under the chestnuts in Ljubljana’s Tabor district, over a cup of coffee. The discussions are placed in life itself; between recreational sports, sounds of children playing, afternoon strollers and the district’s summer meeting place over coffee. It is with this position between banality and mundaneness, theory and analysis, and the intrusion of everyday life and practice that we aim for juicy debates that produce something that our colleagues from Belgrade have called “walking theory”.

The opening conversation always takes place between two or three artists/experts and a moderator. Later, everyone is invited to participate! You can sip on your coffee in between or after the debate to get ready for a long evening of the festival performances.

This year’s theme is straightforward and simple – the future! We place it in the context of reflection on art, once we add the universe to the triangle, and once the social impact or changes that art is capable of bringing about. In art, the future is often a utopia or a dystopia, but we live in a time when it seems as if we are already living all the scientists’ predictions of future disasters, and yet refuse to see or face them. We will talk to people who are already developing strategies and tactics for the future – if we were to step outside of logic, we could say that they are already living in the future.

Discussions are in English.