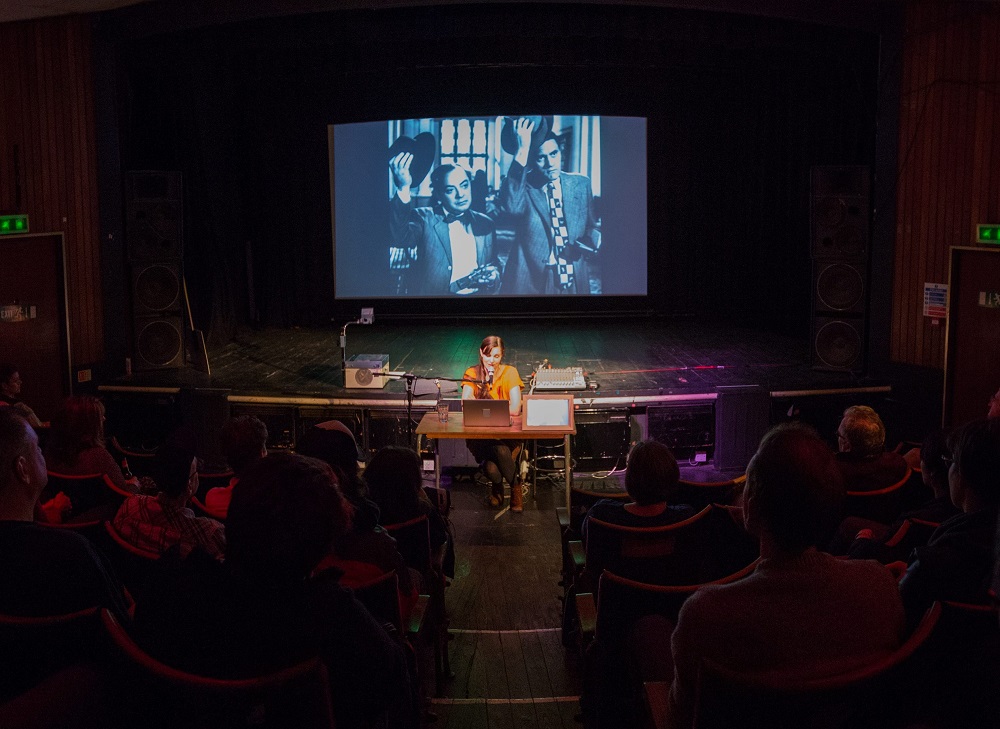 Deborah Pearson is a UK-based and Canadian born artist; writer, performer, and curator with a PhD in narrative in contemporary performance. She is also a member of the collective Forest Fringe which organized the festival of the same name. The diversity of her positions and roles in theatre, and at the same time her commitment to constantly question her position, as well as position of other artists and art in general, gives her an extremely diverse spectrum of approaches to theatre.

History, history, history is a performance about different layers of a certain period: the history of Deborah’s family, the intimate history of the family through the words of three generations of women, the history through a work of art – a film featuring Deborah’s grandfather – and a layer of historical events. On October 23 1956, student demonstrations sparked the Hungarian Revolution, a rebellion against the Communist rule and the Soviet forces, which was led from Corvin Cinema. A performance about the fact that every historical event has its face, and every face has its history.

The performance is in English with Slovene subtitles.