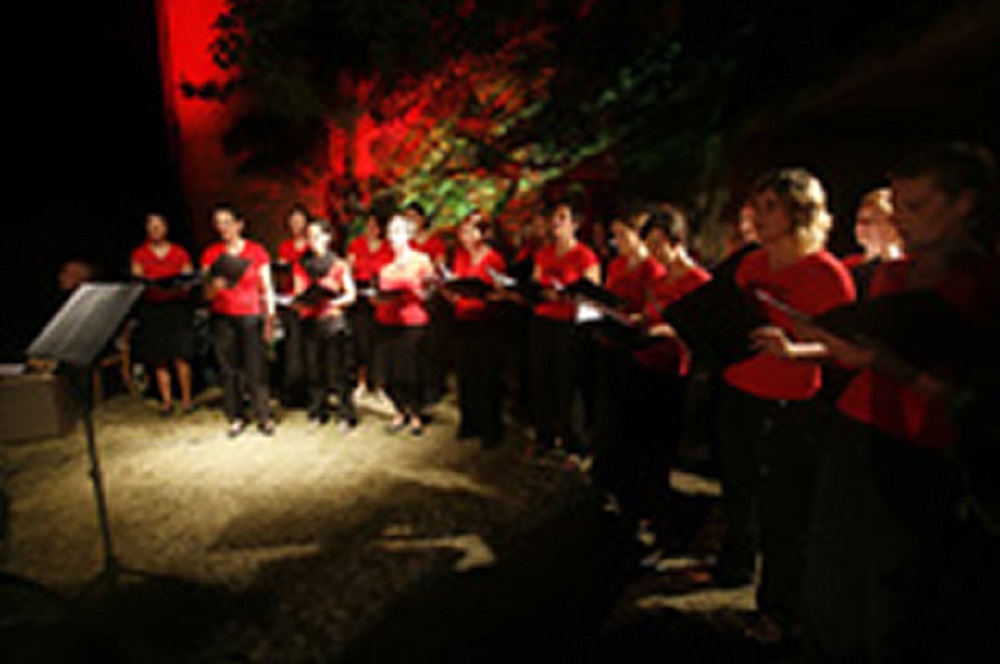 Female Rebels
The Kombinat women came together on the Day of Uprising, April 27th 2008, and established the female choir Kombinat. It consists of roughly 40 women from all parts of Slovenia. What unites them is their belief in common values: courage, valour, solidarity, and comradely spirit. It is through song that they wish to preserve the memory of revolutions – those that have taken place across the globe as well as of those people, who believed in justice and freedom. They sing to and for all those who raised their voices and gave their lives in order to make the world a better place. The Kombinat women sing rebel songs from all over the world while maintaining a firm belief that a critical thought can only emerge from a rebellious attitude. Their concerts could well be described as homage to all the great rebellious spirits of human history. Ever since the garage choir Kombinat began its singing path a year ago, the idea of a rebellious form instantly spread across Slovenia. After several guerrilla and festival appearances they will raise their voices once again on the Trg Osvobodilne fronte in Ljubljana as part of the framework of the Mladi levi Festival … El Pueblo Unido Jamas Sera Vencido – Chile, 1973.