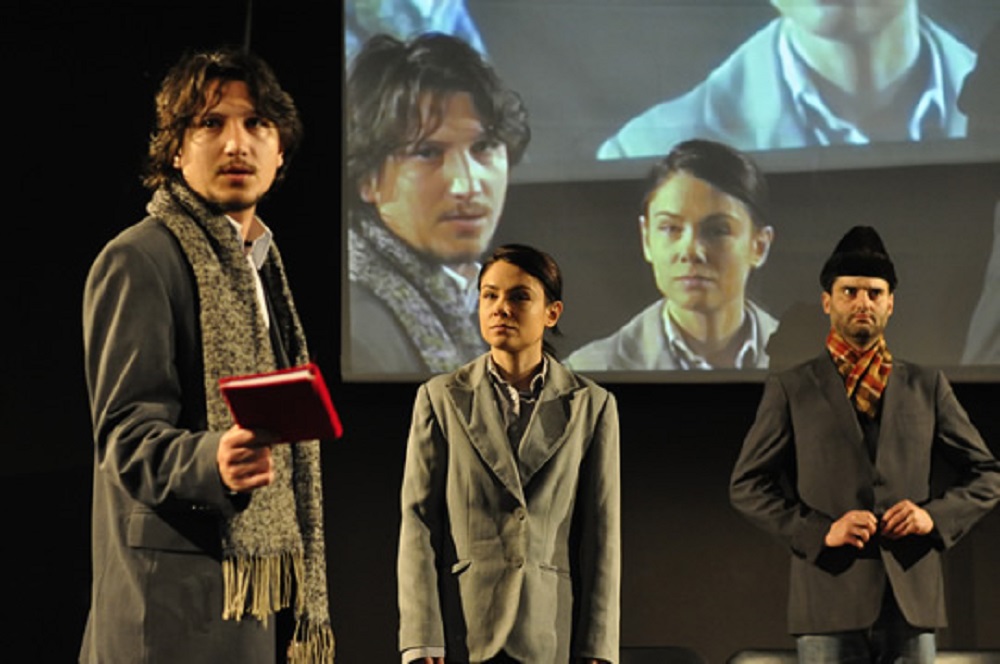 A drama of documents
Almost forty kilometres of documents were retrieved from the archives of the Romanian intelligence agency Securitate after the year 1989. After running through these documents, the performers came across front-page dramas and sagas, not just about accused people, but also about government agents, who would talk about themselves and vividly describe pure figments of their imagination. How can these documents be seen from today’s point of view? Should they be treated as bombs ready to go off? Where to go from here? Dorin Tudoran, the writer and journalist who migrated from Romania in 1985, published parts of his archives in a book. In terms of genre, these fragments – written in the form of dialogues and accompanied by stage directions – read like dramas. They sound contemporary. Several truths and multiple perspectives come into play in this Rashomon-like triangle between the Communist Party propaganda Chief, the President of the Writers’ Society and Dorin Tudoran. A story about trying to take X millimetres away from Y kilometres while confronting the past and present on stage.

80 minutes
The performance is in Romanian with Slovene subtitles.