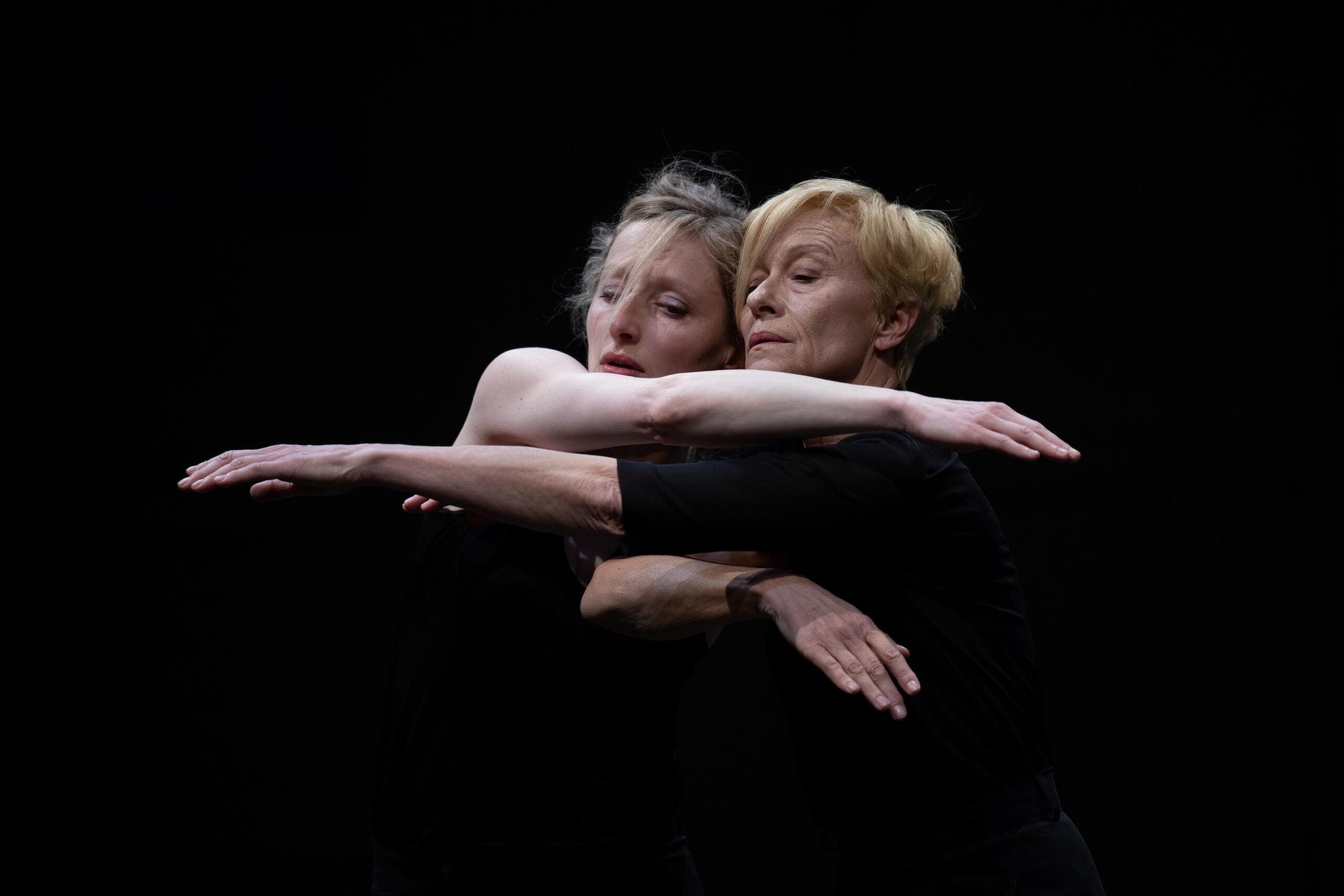 In 2003, Magdalena Reiter and Mateja Rebolj created the excellent intergenerational dance confrontation Forma Interrogativa. Twenty years later, their second collaboration in Preludes and Fugues is a moving inventory of their artistic oeuvres, their dance life and their times.

Bach and dance have never been natural allies. His music makes the dancer bare without taking off their clothes. It is a risky business and this is something that dancers and choreographers are well aware of. Nonetheless, the world of dance knows of some remarkable examples of creative collaboration between his music and choreographic work. Seven selected preludes and fugues from the collection The Well-Tuned Piano, performed by Magdalena Reiter and Mateja Rebolj, enter into a dialogue with the time that has settled into their bodies. If there were such a thing as a choreographic or dance text, we could say that the dancers in Preludes and Fugues can hardly be seen as a text, but rather as a contextuality (context), which they carry with them through their dance and choreographic biographies, embodied in their dance presences, and which is magnified by the very foundational literature of European classical music. But at the same time, in this duet, there is nothing in front of us except the dance of the creators, no narrative or theatrical elements. No confessions, just a very precisely structured – dance. »Every body, and especially the woman’s body, is a space where personal experiences, culture, society, collective and private memory collide and intertwine. The juxtaposition of two dancers in two different age periods thematically addresses the question of the body marked by time. Life’s motifs evolve and build on each other through the passage of time and each singularity, but in the end all the bodies play out the same topics.«