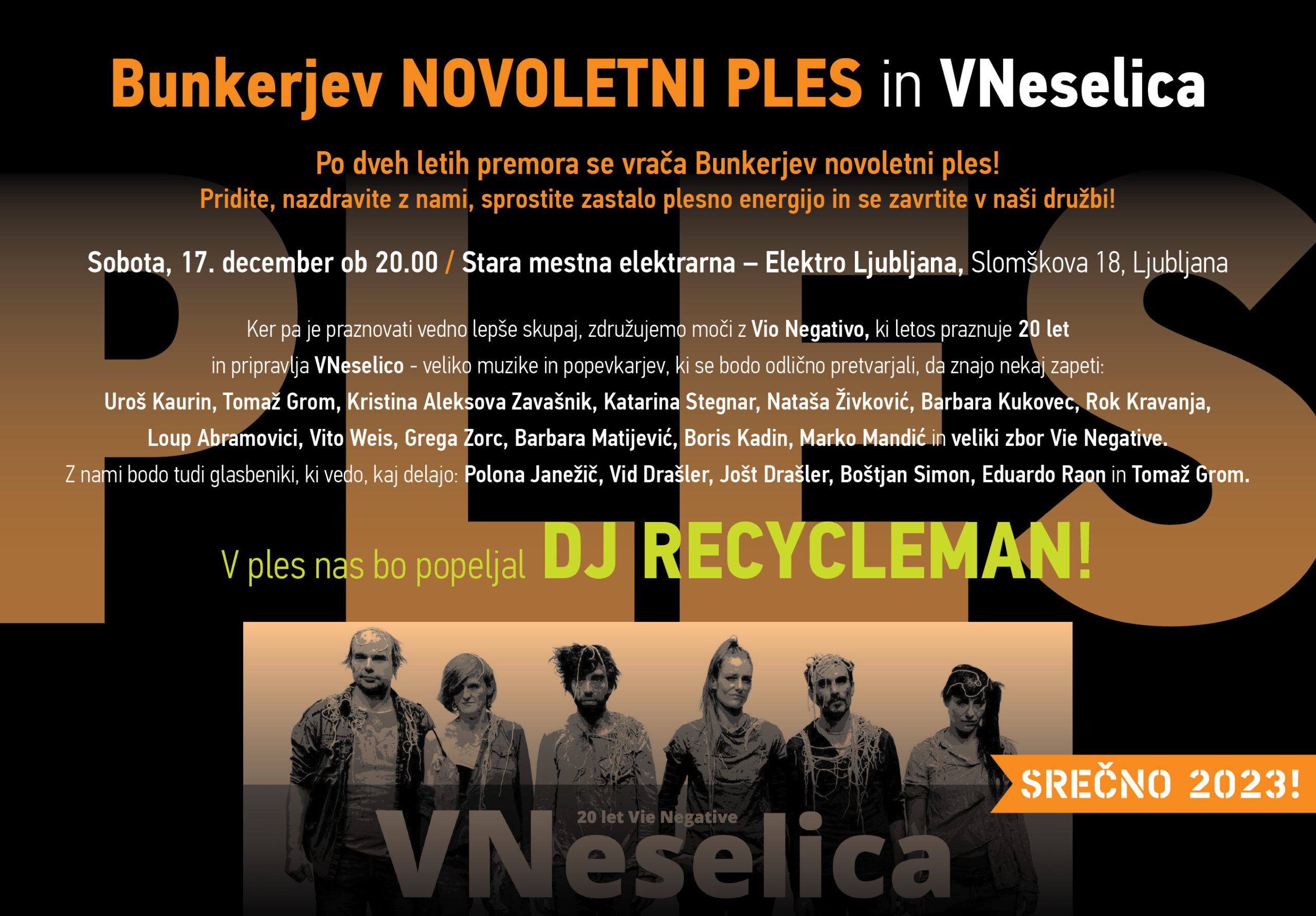 After two years, when we could only toast in our own living rooms, watch each other through screens and raise glasses of sparkling wine by ourselves, Bunker’s New Year’s dance is back!
Come, toast with us, release the stagnant dance energy and get wild in our company!

And then we will dance with the DJ RECYCLEMAN!