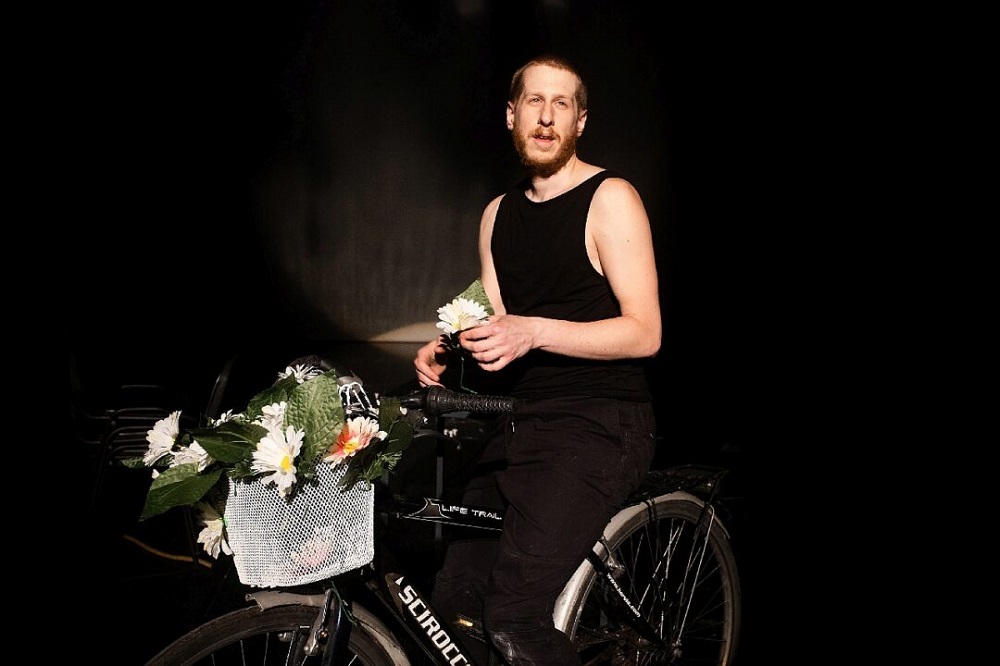 Brina Klampfer / Peter Frankl: For the Health of the Nation

Since you’ve been diligently washing your hands for the last few months, diligently disinfecting them, diligently wearing gloves one day and diligently not wearing them the next, diligently getting better and diligently dying, diligently cycling and taking flowers for a walk, diligently working and have been generally even more diligent every day, we, the artists, will also responsibly and diligently follow the recommendations of the government and create a fun monodrama, the kind that a diligent citizen longs for now that he can return to the theatre. We will diligently improvise and amaze from sentence to sentence. Amaze you and amaze ourselves. But we will soon get used to this amazement. You, the audience, and we, the creators. Give the impression that we are not in control, that we don’t know what we are doing (since we really don’t!), and will not know anything in general. And what next? How, in what way, and above all, what will we be for after that?

Organised by: EMANAT
In collaboration with: Bunker

Quotes
“For the Health of the Nation moves continuously between pure realpolitik surfaces and the depths indicated in the symptoms. It seems more compelling in the latter. (…) If the performance gives the impression of incompleteness, this same incompleteness is its biggest potential. From the amorphous mass of motives, references, emotions and comments, to extract elements that can lead to radical political theater.”
– Muanis Sinanović, Kriterij

“Brina Klampfer’s play For the Health of the Nation (…) pursues the theme of social change and relates to the most recent social and political period, which brought many real changes to the period of corona crisis and mores specifically, to the attitude towards art and culture within and after it. It is based on a note by MP Romana Tomc, who dismisses critical art production as parasitic and calls for public support for show business culture (she names the Modrijani ensemble as an example) as a sector that offers relevant content. ”
– Anja Radaljac, Delo

“When a theatrical actor becomes a comedian, singer, politician, he discards the idea of the inaccessibility of the viewer, thus “tearing down” the fourth wall. Peter Frankl’s personal connection and constant communication with the viewers and simultaneously with his colleague Vid Merlak, who took care of the video and music, made the show more accessible and turn the criticism of the political right into a mocking ridicule.”
– Ema Zevnik, Kriterij