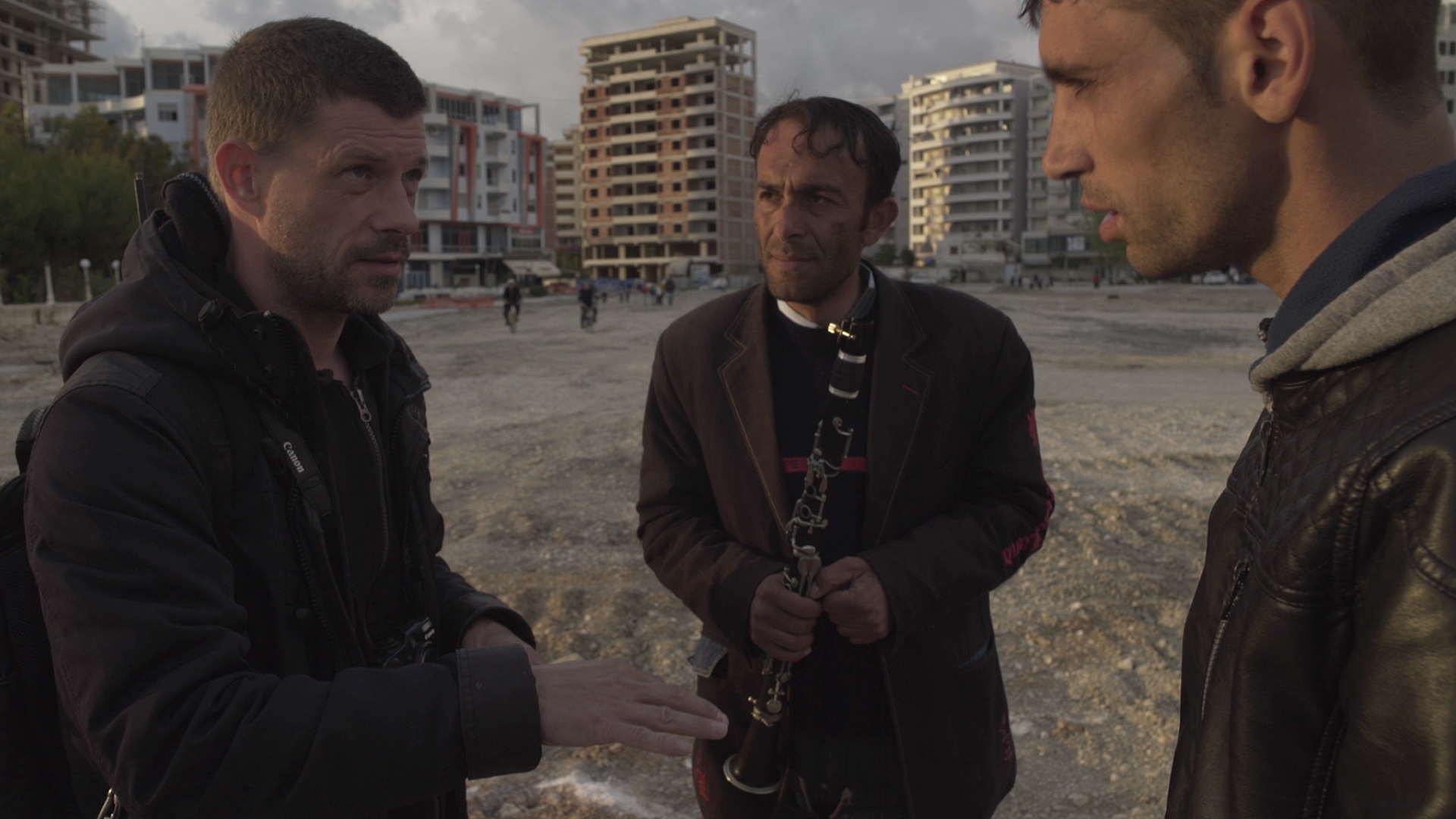 The road trip documentary Balkan Whispers by director Boris Petković was made by tracking the process of the Tomaž Grom’s musical performance Soul, Noise, Valve and Wire, produced by Bunker. The telling title takes the viewer through the streets of the Balkans, where the composer, improviser and double bass player is looking for new collaborators – street musicians. Through music, which in his eyes is a form of dreams, unanswered questions, flow of ideas, unpredictable situations, and a way of communication, Tomaž Grom encounters musicians from Maribor, Zagreb, Tuzla, Novi Sad, Priština, Tirana, and Skopje. Through the personal stories of street musicians, through Grom’s monologues, which take place in a car while searching for individual protagonists, Balkan Whispers intertwines the sounds of street and contemporary music. The film that came to life by literally crossing borders is a film about the boundaries of language, speech, streets, cities, instruments and music, reminding us of the fact that friction creates form and that it is sometimes necessary to take a turn away from the direction of navigation devices – both in art and on the road.