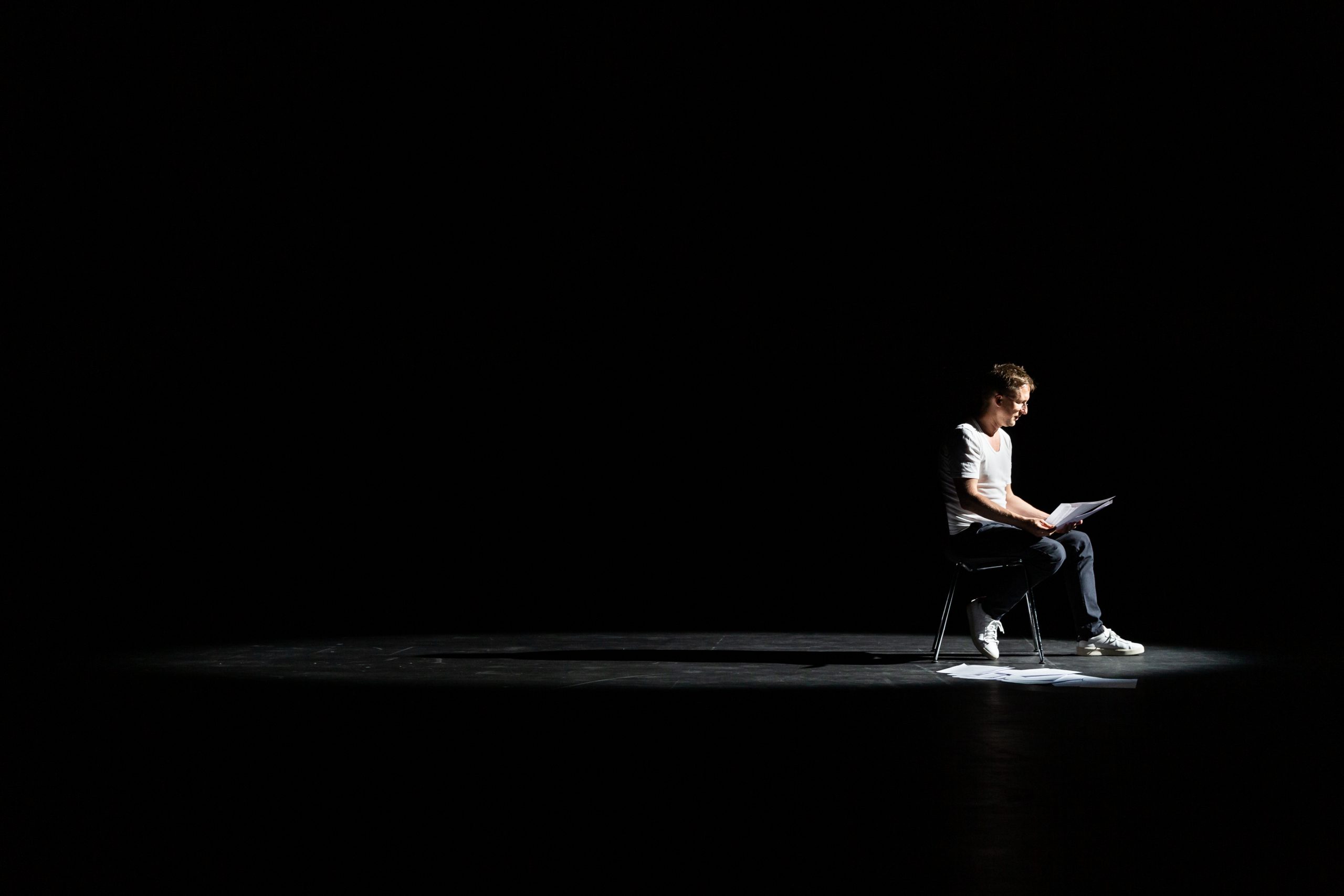 The performance Attempt On Dying by Swiss director Boris Nikitin, a descendant of Ukrainian Slovak French Jewish immigrants is an autobiographical work that combines two remote life altering events of a father and a son. The father’s struggle with ALS (Amyotrophic Lateral Sclerosis) and his desire for unnatural death, and his son’s experience of disclosing his sexual orientation. Through the use of minimalism and authenticity, the performance offers a weighty reflection on the manner in which we act in relationships with other, how we are expose ourselves, and what do we share with them. We are faced with an honest reflection on how to end our life by suicide and how we can reveal the unspoken before the eyes of others. The performance is an Attempt On Dying, but it is also an attempt to redefine the notions of fiction and reality in theater, where Nikitin recognizes within the experiments the importance of revealing his vulnerability. Boris Nikitin, whose works continually question theatrical structure, construction, strategy and mechanisms, provides the spectator with alternative ways of viewing from unusual perspectives.
The viewer is thus left with the words by the performer and director Boris Nikitin ringing in their ears: “Those who are silent are left alone.”

The performance is supported by Pro Helvetia – Swiss Arts Council.

The performance is in German with English and Slovene surtitles.