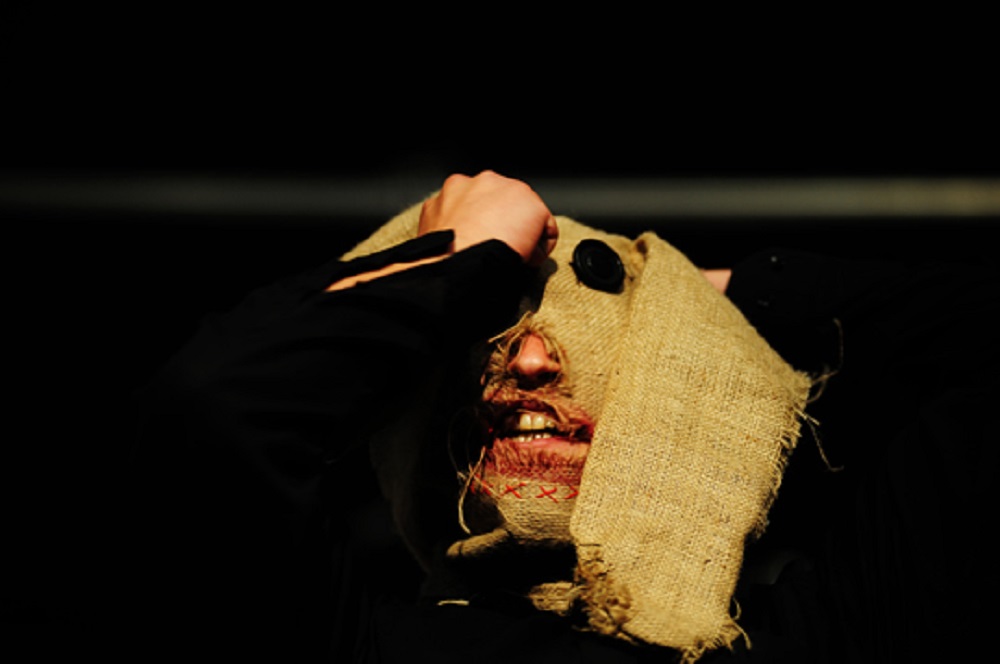 Boris Kadin: WHAT JOSEPH BEUYS TOLD ME WHILE I WAS LYING DEAD IN HIS LAP

Based on material from performance OUT (Via Negativa, 2008) created by Boris Kadin and Bojan Jablanovec.

On Theory and Life
Boris Kadin is a versatile scene artist hailing from Dubrovnik. His own independent projects often deal with the situation and the role of the scene artist in a radical manner. He has been working with director Bojan Jablanovec and the Via Negativa collective ever since 2007. He analyzes the question of interpretation in reference to an art work in his performance Kaj mi je povedal Joseph Beuys, ko sem mrtev ležal v njegovem naročju and thinks about his own attitude in relation to the classification of art, analysis of artistic works, and the theory of contemporary arts.
Boris Kadin claims that every analysis instantly engenders a context for an artistic work. It does not depend on an artist, on the basis of his explanations and desires, whether this very context is suitable or a complete shot in the dark. On the contrary, the context arises independently of an artist. The direct performance of Kadin is so convincing and dynamic that it makes us forget who is questioning the analysis, interpretation and contemporary art theory: the rabbit himself.