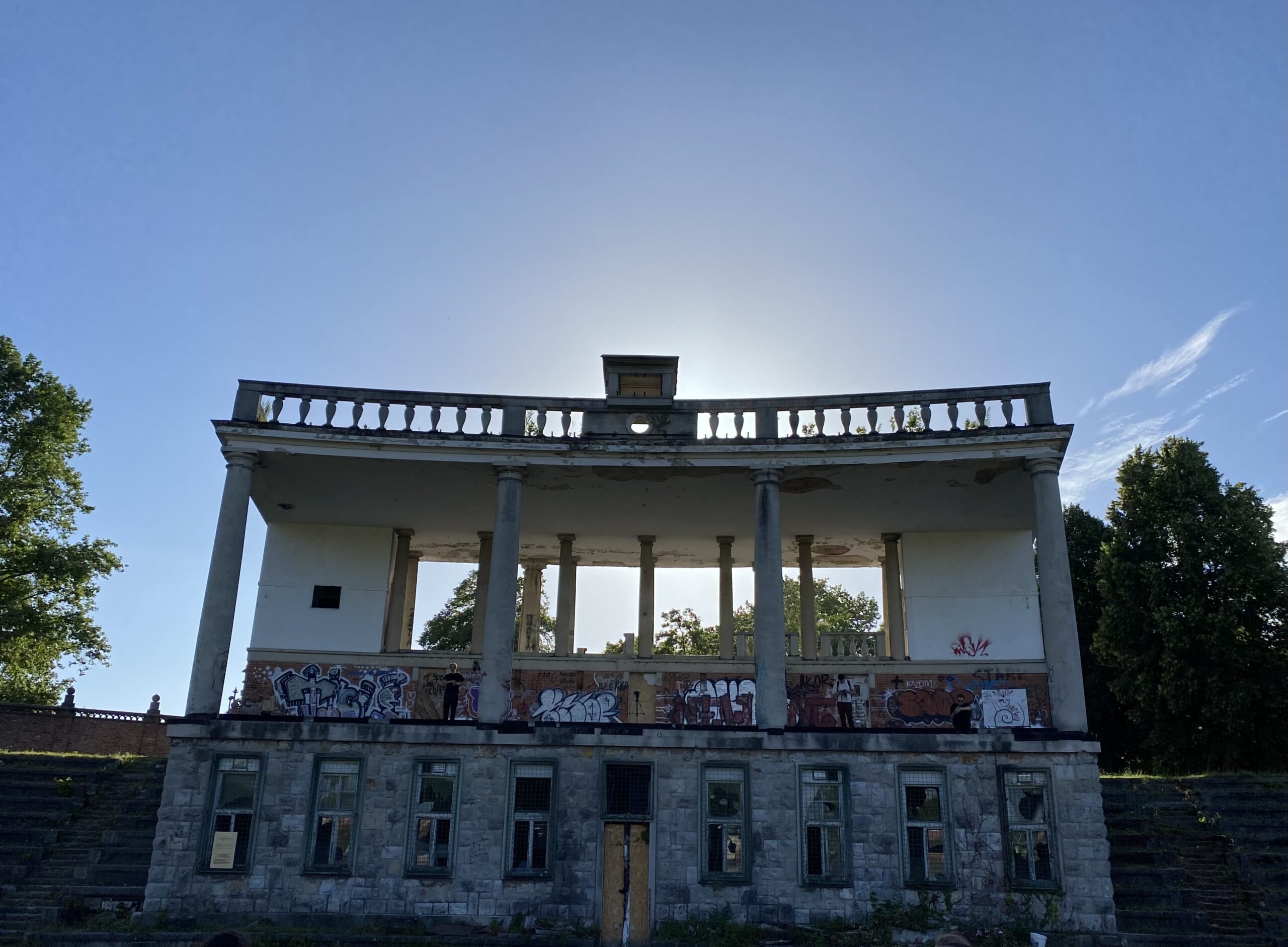 BEŽIGRAD STADIUM: BEATING AROUND THE BUSH

Nonument Group is an art research collective that, through selected neuralgic points – monuments, parks, public spaces, buildings – digs into the blind spots of care for public space, or simply into forgotten, neglected, (intentionally) overlooked, erased, fenced off spaces that mark ideological shifts. Through various artistic actions, they illuminate them, put them in the focus of memory, recording, attention, or simply – encourage their reuse.

The Bežigrad Stadium is a “classic” example of a nonument – an iconic space that is in decay due to property battles and inscribed with the history of victories and defeats, socializing, political changes, battles for space …

You are invited for a get together and a tour around the closed, locked and dilapidated stadium. Don’t worry: even the most presumptuous construction fence has cracks that allow us to peek the other side.