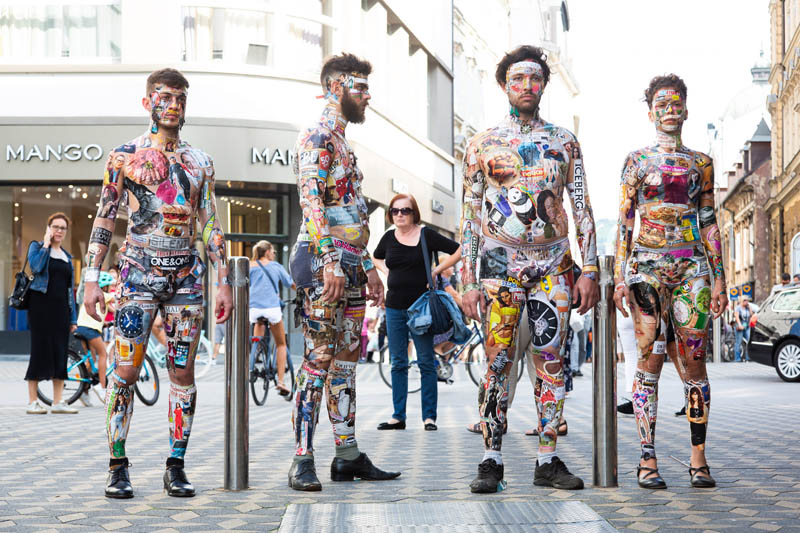 Brazilian dance company Anti Status Quo is an independent artistic experimental laboratory of contemporary dance. Their name alone implies they are against the existing state of affairs; they want to move us (and themselves) out of the status quo by means of hybrid art, which spans across contemporary dance, visual art, experiment, research … They construct critical and political dramaturgies and a strong dialogue with visual arts and philosophy. The group was established in 1988 by choreographer Luciana Lara, who today shares art direction with Brazilian producer, set designer and designer Marconi Valadares.

Chameleons is an »urban intervention of disappearing«; the dancers’ bodies become canvases for printed media and advertisements, creating visual distractions and accents in the city. And every disturbance, distortion, alteration of the known – or already well-known images and familiar scenes in different configurations, and in communication with bodies in general – call for different perception and the combination of the meanings seen.