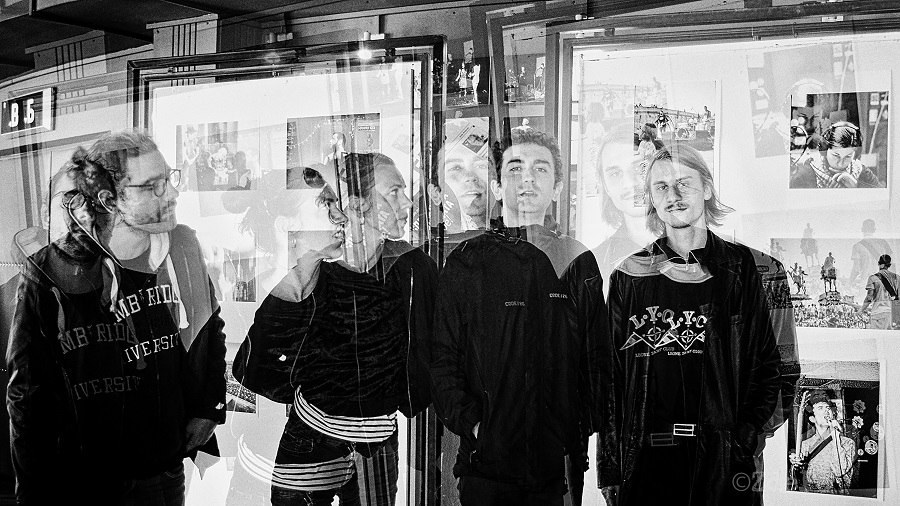 Dear visitors, we sadly have to cancel the event due to illness! Thank you for your understanding!

LELEE
Lelee is an eager local indie rock / post-punk band that quickly attracted the attention of the region’s alternative public with its clever, exciting indie guitar sound and a blend of male and female vocals singing in Macedonian and Serbian. The band draws inspiration from the pioneering, unpolished sound of indie rock dinosaurs like Dinosaur Jr. and The Pixies, new-era indie punk ambassadors such as Sweeping Promises and Uranium Club, the easy-going jangle pop from both U.S. coasts, and the Yugoslavian new wave in terms of regional authenticity. Despite the generation gap, all band members share an honest affection for the sounds from indie’s recent history, which they like to mould into more modern versions to speak to today’s listeners.

Miloš Tomić
He was born in Belgrade in 1976. After a long stint in photo-collages, writing (bad) poetry, making and collecting objects, playing music, and making radiophonic miniatures, he returned to film and animation. He studied in Belgrade, Prague, Madrid, and Berlin, travelling a lot with his films and workshops, and by chance represented Serbia at the Venice Biennale in 2013 with ‘Musical Diaries’, a collage of musical documentaries made with his son, Dren.