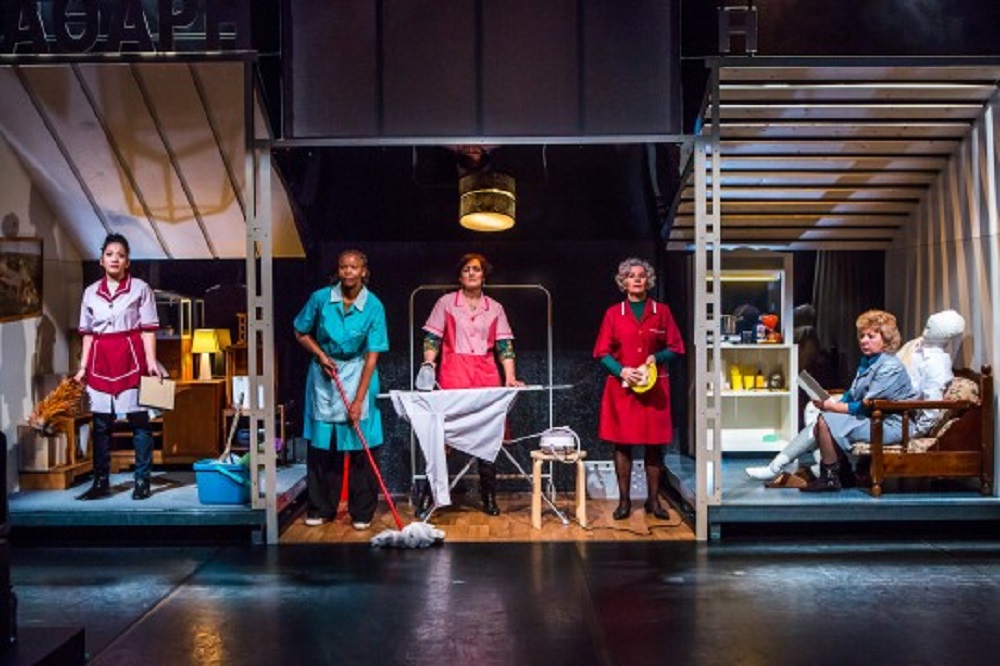 Clean City by Anestis Azas and Prodromos Tsinikoris, directors vacillating between Greece and Germany, challenges the rhetoric of »cleaning« that manifested at the pinnacle of the Greek crisis, blaming migrants for all the »dirt« in society. They address it in literal manner, seeking to answer who in fact cleans the city in concrete reality. The result is a documentary performance portraying five cleaning ladies that came to Greece from Albania, South Africa, the Philippines, Bulgaria and Moldova.

A performance illuminating the invisible workers of the world who keep the globe spinning while at the same time paying society’s debt – incurred in return for the chance to partake in the prosperity of the Greek milieu, multiplied by the recent crisis crashing first and foremost on their shoulders. A poignant performance, sobering yet full of humour, for the protagonists’ vitality is unbreakable, their sacrifice translating into an investment in the future generation: progeny. Their fates express a certain universality, not due to the ubiquitous presence of the cleaner’s profession but because their tribulations are so often reminiscent of our own personal trials.

The performance is in Greek with Slovene and English surtitles.