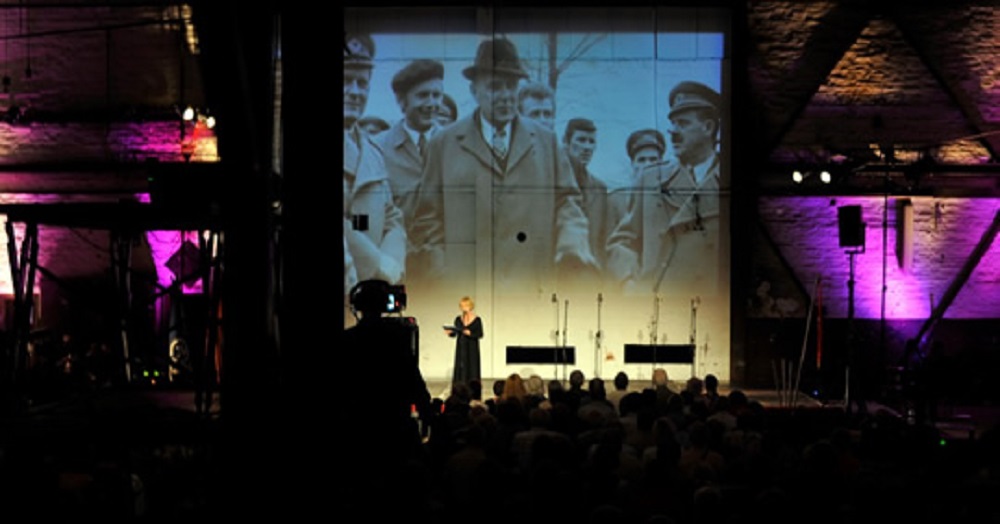 Thursday, August 23rd at 8.30 pm
The platform by the Slovene Etnographic Museum

Proletarians of the world
The documentary performance Was ist Maribor? is dedicated to the rise and especially the fall of the greatest Maribor-based industrial giant: the Maribor Automobile and Motorcycle Factory (TAM), which at its height provided a livelihood for more than ten thousand workers. TAM was what you might call a country within a country. A giant. However, the factory gradually turned into a plundered and ravished industrial landscape due to financial and political agendas that came into being during the transitional era, whereas the workers, selflessly devoted to the factory and to their work, were left with a loss of rights and words. Until now that is. They have finally been given the opportunity to speak up and reveal the truth about the course of their destinies, which seems to contain even more cruelty and drama than any made-up drama could handle. There are real-life victims here. And real-life executioners. This is a dramatic documentary of sincerity and sad absurdity about the times we live in; work is no longer considered a value here and greed no longer counts as a deadly sin.

80 minutes
Performance is in Slovene with English subtitles