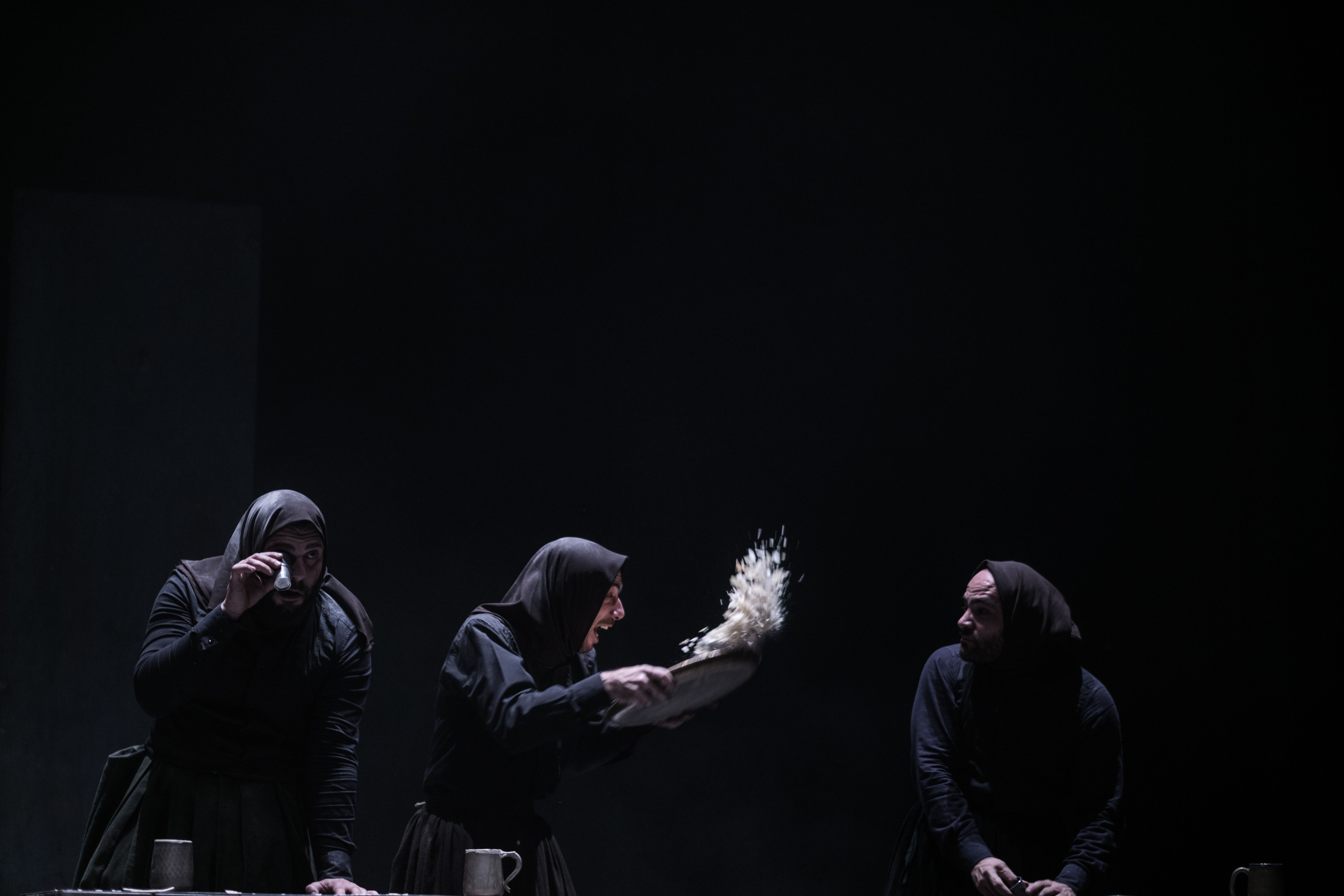 Macbeth, over 400 years old Shakespeare classic about the unsatiable thirst for power, is a regular feature on stages. At a time when it seems that there is no just punishment, that the tyrants and autocrats wreak havoc without any consequences, the stages seem to be screaming for a story where someone – Macbeth – is punished; his downfall is terrible.

How to re‑stage a story which has been through hundreds of translations, actualizations and adaptations? Italian director Alessandro Serra, the founder of Compagnia Teatropersona (co‑producer of the performance together with Sardegna Teatro) was inspired by the experience during the photo exploration of Sardinian carnivals (from Barbagia region), where he was all of a sudden faced with an approaching »walking forest«. With the strong impression of carnival sounds, rhythms, masks, together with the well‑known human forest, the famous prophecy from the tragedy, Serra combined Elizabethan and Sardinian traditions and created a powerful performance which transforms Shakespeare into rituals, a truly local language, into rhythm … It doesn’t subvert the original (even preserving, for example, the Elizabethan all‑male ensemble), but rather makes it even stronger and more up-to-date by committing to the local archetypes. Macbettu is currently an international hit, it has been voted best performance by Italian critics in 2017 and was presented with the 2017 UBU Award.

Performance is in Sardinian langugage with Slovene and English surtitles.